Corruption in Mexico: A Challenge That Dwarfs Donald Trump

If not for a certain election north of the border, corruption would be the biggest story in Mexico this year.

It is not hard to see why. According to the Mexican Institute for Competitiveness (IMCO), a think tank, corruption cost Latin America’s second-biggest economy between 2 and 9 percent of GDP last year. By contrast, private banks cut their growth forecasts for Mexico by around 0.5 percentage points after Donald Trump’s surprise victory.

While pervasive corruption plagues many countries, Mexico stands out for its failure to punish it. Only one percent of all crimes result in a conviction in Mexico. Not surprisingly, Mexico ranked second to last in a worldwide ranking of impunity last year.

However, Mexico’s culture of impunity may be changing, as a string of high-profile scandals made the social and economic costs of corruption difficult to ignore.

Perhaps the most egregious is that of Javier Duarte, governor of Veracruz until October, who is currently on the run from the law after being charged with racketeering and corruption. Auditors found that 2.6 billion dollars meant for social programs went missing during his term, and investigative reporters uncovered earlier this year a vast network of shell companies controlled by the governor’s cronies. While public money for health, education, and security went missing, Veracruz, the country’s second-largest state, saw poverty and violence surge. 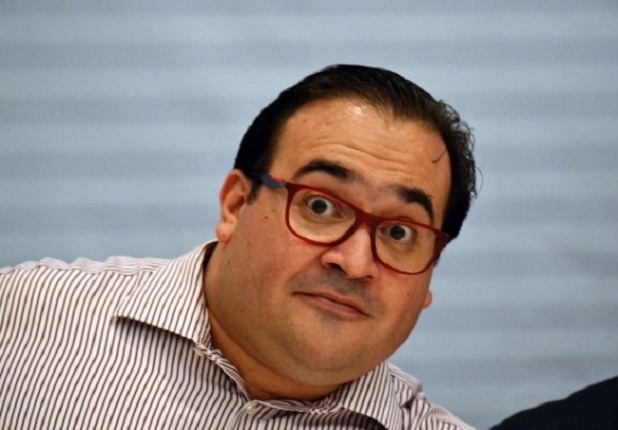 Catch me if you can: ex-governor Javier Duarte has been on the lamb since October

These cases have animated an electorate that once seemed to tolerate corruption as the cost of doing business in government. In local elections this June, voters booted the PRI from power in seven states, including three—Chihuahua, Quintana Roo, and Veracruz—where outgoing governors now stand accused of corruption.

Since then, actors across the political spectrum have stumbled over themselves to burnish their anti-corruption credentials. Weeks after the elections, Congress finally approved implementing legislation for the National Anti-Corruption System, after years of foot-dragging by PRI legislators. The package of reforms establishes a special anti-corruption prosecutor, a beefed-up Federal Audit Office (ASF), and new requirements for public officials to disclose of assets, tax returns, and potential conflicts of interest.

In an unprecedented rebuke of a sitting governor, the governing Institutional Revolutionary Party (PRI) moved to suspend Javier Duarte’s membership in September. Not to be outdone, the PAN took the same action last month against Guillermo Padrés, a former governor of Sonora now facing trial on money laundering and other charges.

Does this mean Mexico is finally getting serious about fighting corruption, following a regional trend that many observers thought had left it behind?

The answer remains to be seen. Bringing corrupt governors to justice would be an important and necessary step, but a few high-profile arrests will not establish rule of law in Mexico. Selective punishment of high-ranking politicians who fall out of favor has been a common tactic in Mexican politics, often signaling a change in policy that has little to do with fighting corruption.

The new anticorruption system represents a more substantive sign of progress. The package of reforms envisions not only an enhanced legal and institutional framework to investigate and prosecute corrupt officials while in office, but also creates much-needed measures to prevent the misuse of public funds in the first place, such as new auditing systems that allow for real-time tracing of public money. Such preemptive measures are necessary to ensure that millions of dollars intended for health, education, and public security do not end up paying for politicians’ vacation homes. 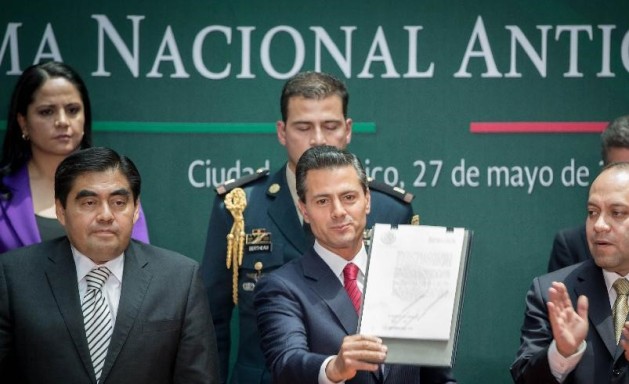 And information on public officials’ assets and business interests, if made public, will give an increasingly vigilant civil society a valuable tool to check corruption from below. These disclosure requirements were brought before Congress by a “citizen initiative”, but lawmakers still worked in exceptions that can allow office-holders to avoid publishing this information.

To be successful, the new anti-corruption system will require sustained political commitment from the top. In this regard, there are reasons to be concerned. Most importantly, the president does not seem to be fully on board with the anti-corruption agenda. Enrique Peña Nieto came under fire in 2014 when it was reported a major government contractor had built a mansion for the first couple on an exclusive golf resort.

His reaction to those revelations suggested he did not understand what all the fuss was about. This blasé attitude was on display again this summer when Peña told Mexicans that corruption is present at all levels of society, so “no one can cast the first stone.” Mexicans rightly understood Peña to be denying the role his party and administration have played in abetting the atmosphere of impunity in the country.

The president used to rule supreme over Mexico’s political system, but that is no longer the case. A telling example of this came after Peña nominated Raúl Cervantes Andrade to be Mexico’s next attorney general in October. Cervantes previously served as the PRI’s lawyer and is the cousin of the president’s top legal adviser, which led to an outcry in the media and civil society. The appointment was especially controversial because it positioned Cervantes to become the head of a new, supposedly autonomous prosecutor’s office for a nine years term. Still, Mexico’s Senate approved the nomination with a mere three dissenting votes from the tiny Worker’s Party (PT).

Too close for accountability: Cervantes’ ties to Peña caused an outcry

The promising news is that civil society stepped up to challenge the president where the Senate had failed to do so. Several dozen civil society groups organized under the banner #FiscalíaQueSirva demanded an independent nominee for the country’s next top attorney. Whoever assumes the post will be responsible for overseeing not only the corruption cases against ex-governors but also a long list of pending investigations that cut to the core of Mexico’s rule of law and human rights challenges, including the unresolved disappearance of 43 teacher trainees in Guerrero, the army’s apparent summary execution of 22 civilians in the state of Mexico, and the killing of nine demonstrators in clashes with police in Oaxaca this summer.

Civil society groups won a victory, for the time being, when the President asked Congress last month to eliminate the requirement that Cervantes automatically become the head of the new prosecutor’s office. Whether the president finally shows a commitment to rule of law and independent institutions in this highly consequential decision remains to be seen.

In the meantime, the power of civil society and the independent media is clearly on the rise.

These actors have been driving the investigations of major corruption cases and pushing for stronger anticorruption measures. Combined with an electorate for whom corruption is an increasingly important issue, they should ensure that the costs of engaging in, facilitating, and covering up corruption only continue to grow.

If Mexico can tackle the scourge of corruption, dealing with the Trump administration should be child’s play.