The Rumble in the Tropics: A Fractured Opposition Party in the Dominican Republic 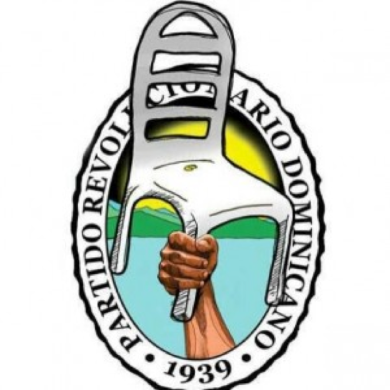 The chair has now replaced the torch of liberty and freedom.

Every country has at least a few politicians that occasionally demonstrate poor judgment, often resulting in not only embarrassment for those involved, but for the nation as well. In 2010, Ukranian members of parliament threw eggs and smoke bombs in order to dispute the extension of the Russian navy at a Ukranian port.  Last year, the Thai speaker of the house had a book thrown at his head and was taunted with Nazi-style salutes when chaos erupted over the approval of a reconciliation bill.

The Dominican Republic is no exception.

On Sunday, January 27th, the Partido Revolucionario Dominicano (PRD), the leading opposition party of the Dominican Republic, attempted to hold what was meant to be a routine meeting among the party’s leaders. The meeting, which never actually began, resembled a gang fight more than a political gathering.  The altercations that took place resulted in nearly 2,000 white plastic chairs being thrown and destroyed, significant damages to the party’s headquarters, and eight party members in the hospital. Two men were recorded indiscriminately firing shots into a crowd, and others selected rocks as their weapon of choice. Some even spoke of a mysterious sniper that shot at the building’s windows from a rooftop. The police dispersed the violent mob by throwing tear gas and barricading the surrounding area, all of which was transmitted live on national television.

The dispute arose due to an internal power struggle between the PRD’s current president, Miguel Vargas, and former president Hipolito Mejia. Both men lead competing factions for the highest ranks within the party. On January 14, the PRD expelled Hipolito Mejia and another high-profile member, while suspending another, due to “insubordination, and for fomenting divisiveness within the party.” Hipolito Mejia’s infuriated followers calmly awaited the January 27 meeting to start an early morning melee, and as the first few chairs were thrown, Miguel Vargas made a quick exit. In what was a symbolic act, Hipolito Mejia later appeared on the scene, and chanted the PRD’s anthem while surrounded by a sea of followers, in triumphant fashion.  A flurry of Internet memes (two of which are featured in this article) surfaced in the days following the incident, and political news commentary abounded. One analyst quipped, “The three most dangerous men in the Dominican Republic are Hipolito Mejia, Miguel Vargas, and the man that supplies the PRD with its chairs.” 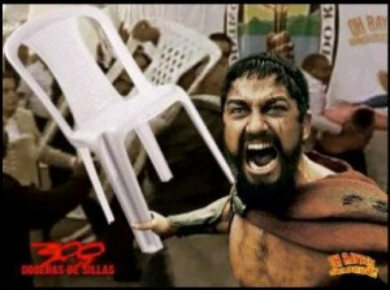 This is…how the PRD usually resolves its conflicts

The PRD has endured numerous bitter internal struggles in the past. In fact, the PRD’s founder, Juan Bosch, created the ruling Partido de la Liberación Dominicana (PLD) in 1973 due to an internal struggle. In 1985, a disagreement over presidential primary results between the two candidates, Jose Francisco Peña Gomez and Jacobo Majluta, ended in a shootout at a hotel where the convention was being held, and a subsequent defeat in the 1986 presidential election for the PRD.  In 1990, former vice-president Jacobo Majluta left the PRD to found a new party, and again in 2004, yet another former PRD leader, Hatuey de Camps, left the party to start anew. In 2003, a shootout began over who would be chosen as president of the PRD-majority senate, and the electricity was cut off during the final voting count. The most recent episode, as all previous ones, has not resulted in anyone being imprisoned. 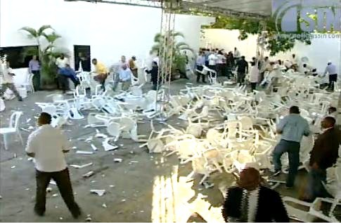 The PRD has not held power since 2004, when former president Hipolito Mejia governed through four years of economic hardship, in a presidency that was marked by hyperinflation and the failure of three major commercial banks. Ever since, the PRD has twice failed at regaining power (2008, 2012) from the PLD, most recently with Mejia’s second failed attempt in May of last year. The PLD, under current president Danilo Medina, is in its third consecutive term, after former president Leonel Fernandez was denied a third consecutive attempt due to constitutional restraints.

A divided PRD does not bode well for Dominican democracy, which currently functions as a de facto two-party system, as it paves the way clear for a fourth consecutive PLD victory in 2016. In the 2012 presidential election, the third leading candidate, Guillermo Moreno, received a mere 1.37 percent of the popular vote, and he has not demonstrated that he can adequately play the role of opposition leader. Mejia’s followers claim that former president Fernandez helped divide the PRD by supporting Miguel Vargas, and influencing a recent ruling from the Electoral Tribunal, which confirmed Miguel Vargas as president of the PRD, and ordered the National Police to return the PRD’s headquarters to its president. In the days following the debacle, many news sources have speculated over whether a new party will emerge under Mejia’s leadership. Former three-time PRD presidential candidate Peña Gomez once famously stated, “The only party that can defeat the PRD, is the PRD.”

Given recent events, such words resonate now more than ever.