Posted on April 1, 2013 by Mancha Contributor

All in all, more than just BRICS in the wall?

A business acronym that came to life with the addition of South Africa in 2010, the BRICS (Brazil, Russia, India, China and South Africa) have endured a global economic slowdown and sustained a dialogue centred around emerging economies. Nevertheless, despite mounting momentum, the group has not easily turned ambition into action. That the recent summit held March 26-27 in South Africa concluded without yielding the blueprint for a BRICS development bank was of little surprise to those who have long been sceptical of this “odd” arrangement.

Will this alliance last? Will the group manage to overcome the major internal differences in their political and economic systems to become a powerful voice for the emerging countries? And will the other developing countries accept their leadership? These questions, the same that analysts have asked for some years now, were again left unanswered by the most recent summit.

In his paper that set off the BRIC conversation in 2001, invesment banker Jim O’Neil clumped Brazil, Russia, India and China together on account of the size of their economies (O’Neil did not include South Africa). While the disparate collection of countries could appear arbitrary, it was not incoherent. In several international forums, these countries often shared common interests, be it on climate change or trade negotiations. And within the regions that they represent, each of the BRICS has been set apart for having unique characteristics.

These obvious similarities, however, are often trivialised in comparison to the vast differences between them. The structure of their economies varies, being either export-driven, service oriented or dependent on natural resources. Furthermore, the extent of their integration with each other is still unclear and their otherwise divergent agendas undermine the strength of the group. Perhaps most notably, the differences in economic and political institutions that govern the BRICS makes most observers wonder whether there will ever be an agreement on crucial issues.

Cutting across these similarities and differences, however, is a throbbing sense of ambition.

After decades of being in the backseat, these countries have become newfound epicentres of growth and economic prosperity. The opportunity and ability to write the rules of the game never seemed closer. The declarations at the summits have echoed this sentiment even as they endorsed multilateralism. The BRICS bank, to my mind, is an outcome of this impulse.

The prime purpose of this bank is to serve the infrastructure needs of the countries as well as other emerging economies. Bringing Africa, in particular, on the radar also indicates the bloc’s intent to construct a systematic strategy towards investment in this fast-growing region. That these investments could come through a multilateral organisation also disperses the risk of a single international player’s interest. It will be interesting to see what approach any new BRICS bank takes to financing infrastructure. 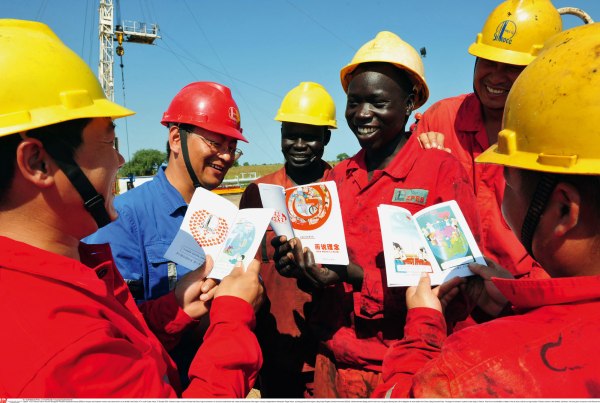 Notwithstanding their spectacular growth, each at its own pace, the five countries are home to a significant proportion of the world’s poor. There is little indication about how the new bank intends to tackle poverty. Declarations at the summits have supported the United Nation’s Millenium Development Goals and have endorsed poverty eradication but have not offered any roadmap of how such goals might be achived. Domestic policies in these countries have supported some innovative programmes such as the Bolsa Familia in Brazil and Aadhar in India. One can only hope that the new bank leverages on its resources in this regard as well.

The success of the BRICS summit lies in its response to an increasingly globalized world.

Some of the BRICS countries have large development banks of their own, with the Brazilian Development Bank, BNDES, having a loan portfolio four times the size of the World Bank. The BRICS have been able to take advantage of the global economy (and sometimes have been adversely affected) on their own terms and this alliance suggests a recognition that they can gain from each other. No political project is easy, especially among diverse actors as the case of the European Union suggests.

The world is watching and waiting to see what may stem from these meetings.  While the group must work through nettlesome details, it appears to just be a matter of time before their declarations crystallize into actual actions.

Saudamini Dabak is an international development professional  operating in Washington, DC. The views expressed in this article are her own.