Play Ball! Why Capriles Contests an Election He Will Lose

The Venezuelan opposition has won the public perception battle abroad but they have lost it at home. Win or Lose, Henrique Capriles has challenged this narrative

The camera sweeps across Salon Ayacucho of the Miraflores Palace, Venezuela’s equivalent to the White House. It catches tailored suits, coiffed hair and pasty white skin.  Women well past their prime in clothes worth the per-capita GDP of Petare; clean-shaven young men with smirks of entitlement that ooze like the gel in their hair. Middle aged balding men that look like they haven’t driven their own car in years.

You could smell the Christian Dior through the television.*

The year is 2002, and the Venezuelan opposition doesn’t just have President Hugo Chávez on the ropes—they have him in custody. Earlier that day massive public protests appeared to force Chávez’s resignation. The master bedroom at the Miraflores Palace is suddenly available, and the political opposition, with significant military backing, is calling the shots.

Carmona, a power-brokering businessman, may well be a good guy at heart. But on this night he looks like the guy who doesn’t know the housekeepers name; like he rounds down on a country club tip; like he thinks about money the way 15 year old boys think about girls. With a nod to Napoleon, Carmona swears himself in as president, and promises to “restore order” to Venezuela. His address, broadcast on live TV, is met with enthusiastic applause from the elite audience.

Meanwhile, millions of Regular Jose’s watching on TV looked on in horror. In this setting, “Restoring order” implied restoring elite rule. Many from the middle class may have initially supported the protests against Chávez, but the opposition elites abandoned the popular support as soon as they sniffed power.

Pedro Carmona proceeded to dissolve the National Assembly, Venezuela unicameral legislative body, thus silencing the voices elected to represent el pueblo. By closing ranks around the rich and white, the movement forfeited the momentum it had gained among the Venezuelan masses. Álo President may have been tedious, but is sure beat this. 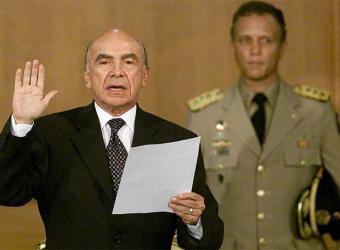 The masses rallied back to Chávez with a vengeance. Within 48 hours, on April 14, Venezuelans ushered El Comandante back to power.

It is no coincidence that the chavista government selected April 14 as the date for the upcoming presidential election. On that day in 2002, the opposition punted on common Venezuelans. It has been unable to recover them ever since.

Henrique Capriles had nothing to do with this coup. But he still pays the price today.

Henrique Capriles Must Fight to Win Them Back

Flash forward, nearly 11 years to the day. Current opposition leader Henrique Capriles is contesting elections he has little chance to win. In truth Henrique Capriles has any number of excuses to boycott the election. Chávez may be gone, but his PSUV party still wields a hefty power of incumbency. Chavistas control the spigots to public spending. The sympathy vote will be strong.

Why should Capriles subject himself and his movement to near certain defeat? Back in March, influential opposition blogger Juan Cristobal Nagel summed up the case for a boycott, setting a series of demands unlikely to be met by the PSUV before writing:

“If [these conditions aren’t met] (which they clearly won’t), we don’t play ball. End of story. They want an opposition? They want the democratic veneer that comes with a contested election? They need to respect the rules of the game.”

In a country crazy for baseball, the opposition doesn’t like to play ball. On multiple occasions over the last decade, they have refused to play the game, essentially taking their ball and going home. Left unopposed, the PSUV ran up the score.

PDVSA, Venezuela’s state-owned oil and gas goliath, was in opposition hands until it joined a 2002 strike aimed to cripple the economy and force Chávez’s resignation. By leaving their posts, the opposition abdicated the powerful position controlling Venezuela’s hydrocarbons. Again, this created a vacuum that Chávez rapidly filled. He replaced striking workers with loyalists, and since then he had PDVSA in the pocket like Tom Brady.

After a heartbreaking defeat in a 2004 recall referendum, the Venezuelan opposition boycotted the 2005 legislative elections, citing electoral irregularities as evidence of corruption.  The beef was legitimate (the names of millions of referendum supports were made public), but the boycott was shortsighted.

With the opposition sidelined, the Chávez camp gained overwhelming control of the National Assembly, which he leveraged to reconfigure the Supreme Court.  Both became rubber-stamp facilities. Chávez did not usurp power. The opposition gave it to him.

For over a decade the Venezuelan opposition to Hugo Chávez has been caught in a self-defeating loop.  The Venezuelan media feeds the west an image of Chávez as a tyrant and Venezuelan democracy as a farce. This image becomes the pervasive perception of the Chávez-era abroad. Next, the opposition travels to the US, appearing on panels in Washington and New York where they are applauded for reiterating what we have been trained to believe.

They argue that finger print scans at voting booths are tantamount to intimidation (despite years of front-page photos of Iraqi and Afghani tinted thumbs as evidence of burgeoning democracy). They argue that voting booths in chavista neighborhoods remain open past election deadlines, and that state-controlled transportation is used to ferry voters from the barrios to the voting booths. These are irregularities, to be sure, but an extension of the franchise into South America’s slums could just as easily be lauded as criticized.

They argue that the voting booths are too skinny.

And in Washington, policy makers shake their heads at this wild application of tyrannical power. Encouraged, the opposition buys into the “Chávez as a dictator” meme and self-righteously refuses to “play-ball”.

They want an opposition? They want the democratic veneer that comes with a contested election? They need to respect the rules of the game.

But New York and Washington do not vote in Venezuelan elections  and most of people who do don’t feel that way about Chávez.

The opposition has finally accepted this.

There is no boycott. Henrique Capriles is barnstorming the country, building a momentum that hasn’t been seen in years. The opposition understands that whether they play ball or not, the game is going to go on. And when they refuse to play, it means the PSUV gets to make the rules. And when the PSUV gets to make the rules, they are going to be better at the game than its opponents.

Capriles must confront Maduro head-on, even if the election is a lost cause. Sure, the system is stacked against him, but he must show Venezuelans that his ideas are worth fighting for. Accepting a hard fought defeat will pave the way to an eventual ascension to power, perhaps before the end of the decade.

The opposition must play the game. It is the only way to win. 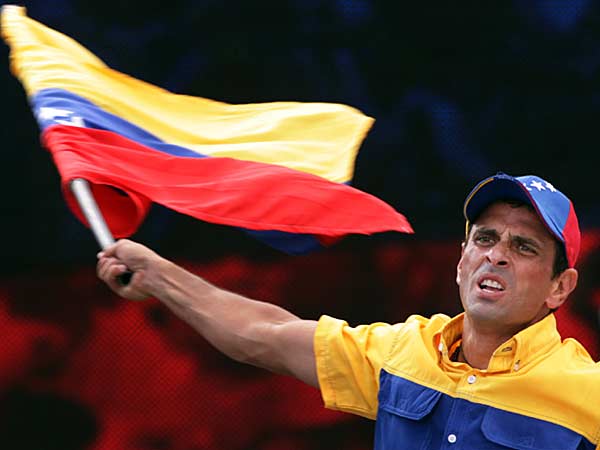 5 Responses to Play Ball! Why Capriles Contests an Election He Will Lose