Posted on January 29, 2014 by Cornelius Fleischhaker

Brazil’s economy has performed poorly under Dilma Rousseff but her chances for reelection are still bright as of now. 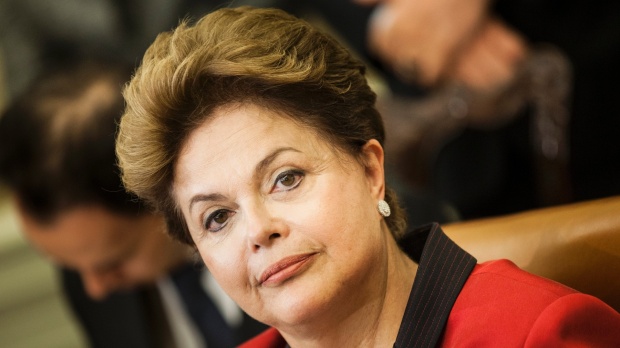 Still on the top of the world?

The Brazilian economy has been disappointing ever since Dilma Rousseff took over as president in 2011. Growth slowed down drastically from 7.5 percent to 2.7 percent in 2011, and instead of recovering it dropped further in 2012 to just 1 percent.

The 2013 figure, not out yet, is expected to be modestly higher at 2.3 percent but forecast for 2014 are gloomy at just below 2 percent.

It would be simplistic and unjust to infer causation from the correlation of Dilma Rousseff coming into office and the economy slowing. After all, she was the chosen successor of President Lula da Silva and has largely continued his policies.

While a detailed discussion of what ails the Brazilian economy could and has filled many blog posts, it shall suffice here to state that most of the ailments had been inflicted long before Dilma’s reign (the long standing structural reform agenda), even though her administration could have surely been more effective in addressing them.

Interestingly, some of Brazil’s present troubles are the exact opposite of those of many other economies: While much of the world is still suffering from an output gap, high unemployment and is in danger of deflation, Brazil has been struggling for years with stubborn above target inflation, which is caused by supply not being able to respond adequately to burgeoning  demand, which in turn is caused at least in part by record low unemployment.

Also, unlike in most countries, in Brazil growth has disproportionately favored the poor as the lowest income groups have seen their incomes rise the fastest (compare this to the 1 vs 99 percent debate in the US). 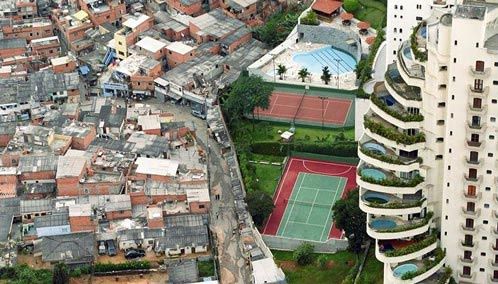 Income inequality can still appear jarring, but it is on the decline

As incomes at the bottom have grown, poverty has been reduced significantly.

40 million Brazilians have escaped from poverty in a decade, that’s 15 percent of the total population.  So far, poverty reduction does not seem to have suffered from slow economic growth: a record number of 3.5 million left the rank of the statistically poor in 2012 alone.

Of course, one needs to remember that this fall in poverty and inequality is happening from a high base, which was exaggerated by years of hyperinflation and economic crisis of the 1980s and 1990s.

Nevertheless, Brazil’s success in reducing poverty and inequality remains impressive and has found many admirers, among them Joe Nocera of the New York Times, asking if maybe Brazil has the answer to inequality and jobless growth in the US.

So the last shall be first…

Is there such as thing as a “Brazilian model” where income inequality is reduced even though economic growth is sluggish?

The current phenomenon of low growth but strong income gains for the poor is likely to be a transitional one. Surly, in a country as unequal as Brazil, there is scope to raise the incomes at the bottom through redistribution without growing the pie, but this strategy has clear limits.

For incomes to keep rising in a sustainable manner, growth is necessary. Not just growth in GDP, but more importantly in labor productivity.  As Nobel laureate Paul Krugman put it: “Productivity isn’t everything, but in the long run it is almost everything.”

In this regard Brazil has done quite poorly. Even in the good years, when GDP was growing strongly, labor productivity (output per worker) and total factor productivity (how efficiently inputs of labor and capital are used to generate outputs) did not grow much.

Instead, Brazil’s growth was driven by an expanding labor force (driven by favorable demographics and falling unemployment), a benign foreign environment of booming commodity prices and an extension of credit to the economy.

All these factors have been slowed or reversed, as demographics are changing, unemployment has reached bottom, commodity prices have fallen and the credit expansion has ended. Hence, low productivity growth will eventually translate into lower growth of real wages, which might be happening already.

Brazil capitalized on the commodity boom. What happens if commodity prices unwind?

What does all this mean for Dilma and the election?

As has been argued before on this blog, Dilma’s chances of wining reelection remain high, in spite of the poor economic performance and the protests that shook the country in the middle of last year. All recent polls Dilma put her well ahead likely challengers; with the only question remaining if she would win in the first our second round.

The reason is simply that the same argument that has endeared the Dilma administration to Joe Nocera, also woos many Brazilian voters: Though the economy has been weak, they still see their living situation improving. This is particularly true for those most likely to support Dilma’s moderately leftist PT: the poor and formerly poor (often referred to as class C), in particularly those living in the historically poor and newly developing Northeast of the country.

Compare this to an opposition that is divided and headed by politicians either unpopular or unknown to most Brazilians.

The poor performance of the Brazilian economy might yet come to hurt the president, but for the time being Dilma does not need to pass sleepless nights in the Planalto Palace. 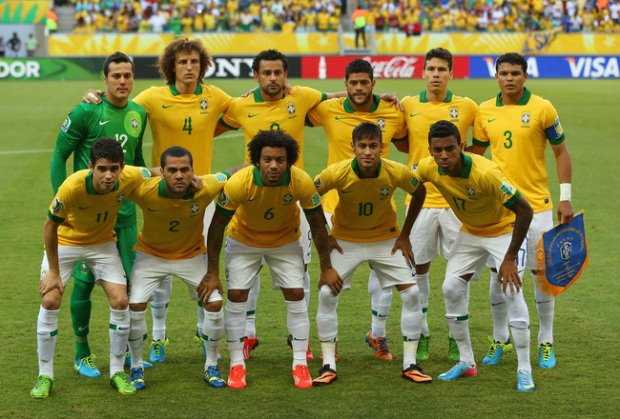 Dilma: Not the only Brazilian favored to win in 2014

Cornelius Fleischhaker is an economic analyst focusing on Latin America. The opinions expressed in the post are those of the author only and should not be attributed his current or former employer or anybody else for that matter.