Energy and environment expert Nick Cunningham on the travails of Brazilian oil giant Petrobras. This piece first appeared on oilprice.com, thanks for sharing! 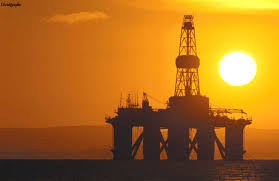 The sun is no longer shining on Brazil’s oil fortunes

Brazil was destined to become an oil superpower

For the past 30 years or so, Brazil has increased its oil production every year. Brazil’s state-owned oil company, Petrobras, has become a world class producer of offshore drilling technology, which puts it in a good position for the future, as oil comes from increasingly difficult places to reach.

In the 1980s, Brazil’s oil production was negligible, but by 2010, it was pumping 2.7 million barrels of liquid fuels per day (bpd). By the mid-2000s, the trend line seemed to be inexorably rising upwards, and with the huge oil discoveries in 2007 in Brazil’s pre-salt basins – oil reserves that are trapped beneath a thick layer of salt – many observers believed Brazil was destined to become an oil superpower.

Production has leveled off for now

But then something happened. Since 2010, oil production has flattened out entirely. In 2013, Brazil averaged only 2.7 million bpd of oil production, which is where it was three years ago.

Petrobras’ performance over the last few years deserves some of the blame, and a steady stream of reports point to mismanagement within the company as why. A former executive was arrested in March for money laundering in connection with a gang. The company is conducting an internal investigation because of allegations that top company officials accepted bribes from a Dutch company in exchange for awarding contracts.

With Brazilian oil service companies booked up, there is a shortage of labor, leaving Petrobras and its partners struggling to find enough qualified contractors. Not only has this raised costs, but it has also delayed projects. Most recently, Brazil’s oil regulator ANP recommended a delay of further auctions for offshore blocks until 2015, so that local service companies could absorb all the demand. 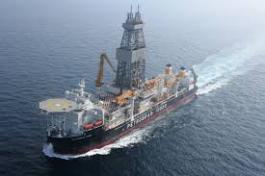 Petrobras’ problems were perfectly summed up in an April mishap. According to Reuters, Saipem SpA, an Italian contractor working at a Petrobras-run oil field in the Atlantic Ocean, managed to drop a 2.3 kilometer steel pipe deep into the ocean. Saipem was trying to attach the pipe to a drilling rig, but it sank 1,800 meters (5,900 feet) to the ocean floor. Damaged and lost to sea, the US$2 million pipe is not recoverable. That’s only the beginning – the lost pipe could set the project back by more than a month, costing Petrobras tens of millions more.

The incident fits a pattern – several other rigs in nearby oil fields are also behind schedule, including Parque da Baleias off the coast of the state of Espirito Santo, and Papa Terra near Rio de Janeiro.

But the problem is deeper than just bad management

The state-owned oil company is used as a tool to achieve policy goals by the government, such as subsidizing fuel prices for drivers, which has cost the company US$37 billion since 2011.

All of these problems have caused Petrobras to claim the mantle of the world’s most indebted and least profitable major oil company. It has amassed US$114.3 billion in debt, and according to Moody’s, Petrobras owes US$11.50 for every barrel of oil it has yet to produce. Its share price has cratered, losing half of its value since 2010.

Whether true or not, it fits the narrative of how corruption at the highest levels is causing the economy to stagnate. And the angry protests in several major cities last year demonstrated voter frustration as Brazil heads into this fall’s presidential election. 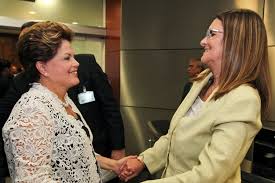 Brazil’s political opposition is using Petrobras’ woes in an effort to unseat President Dilma Rousseff. But she continues to back the firm, which is a symbol of nation pride. “No one and nothing will destroy Petrobras,” she told a crowd of oil workers and supporters in April in the state of Pernambuco. “Petrobras is bigger than all of us. Petrobras is as big as Brazil.” Her fate, as well the country’s, hinges on the performance of Brazil’s largest company. 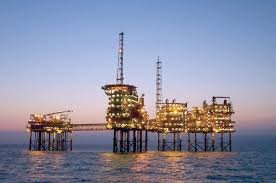 Is the future still bright for Petrobras?

Nick Cunningham is a Washington DC-based writer on energy and environmental issues. You can follow him on twitter at @nickcunningham1.

This entry was posted in Brazil, Uncategorized and tagged Brazil, energy, oil, petrobras. Bookmark the permalink.