Samuel George on the groundbreaking events of December 17 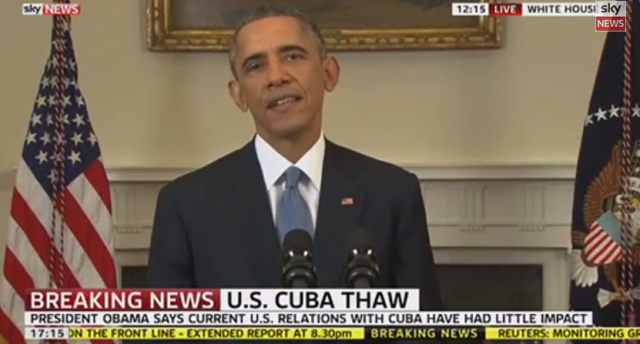 On the morning of December 17, a surprise prisoner swap between the United States and Cuba triggered a series of events that appear to herald a major thaw in relations between the two countries—relations that have been frozen for over five decades. By noon, US President Barack Obama announced intentions for diplomatic, financial and technological cooperation with Cuba, and he encouraged Congress to address the legal embargo against the Caribbean country.

These are positive developments both for Cuba and the United States. The US stalemate with the island—in affect since the early 1960s—had long lost its political efficacy. If anything, the unyielding US position has proven counterproductive, leading to missed opportunities to normalize relations. A more open approach to the island will likely facilitate Cuba’s transition to a more democratic era.

Over the last ten years, Cuba has made halting and unsteady, yet irreversible progress towards a more liberal economic and political society.  In early 2013, de facto head of state Raúl Castro announced that he would surrender power in 2018. He also appointed 52-year old Miguel Diaz-Canel as first vice president, implying that a man who had yet to be born when Fidel Castro took Havana would be Cuba’s next leader.

The exit of Raúl, the emergence of a younger, less ideological generation of leaders, and the incessant, if slow transition to a market economy combined to create an opportunity for Washington to normalize relations with Havana. In fact, such normalization would reinforce current trends.

The Economist has reported that “much of Cuban farming” has been privatized, while the New York Times highlights a burgeoning private sector. But both new-guard politicians and entrepreneurs will need help sustaining momentum. President Obama’s approach, along with the potential easing of the embargo, would make the momentum of private consumption difficult to stymie. The Castros’ success in containing reform momentum owed much to personal allegiance and veneration. Their successors will not stand a chance against Beyoncé. 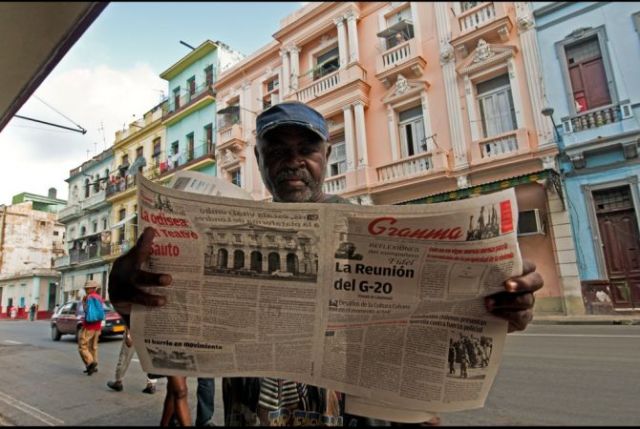 The news from Cuba suggests a window of opportunity

While Cuba has taken tentative but important steps towards liberalization, anachronistic foreign policy has prevented the US from meeting the island halfway, and steering it towards democracy. US foreign policy can already be implicated in one missed opportunity to normalize relations. The fall of the Soviet Union in 1991 pulled the rug out from under the Cuban economy, and then-President Fídel Castro was forced to slowly implement market-oriented reform.

Rather than encouraging these reforms, the US Congress enacted a series of strict laws, culminating in the Helms-Burton act of 1996. This law requires a series of stringent reforms that must be addressed before the embargo can be lifted. Similar reforms have not been required of other American partners, including China, Saudi Arabia, and Vietnam.

The philosophy at the time was to further isolate Castro and to spike the final nail into the regime’s coffin. Instead of facilitating Cuban reform, however, the US left Castro exposed only until a new sugar daddy emerged in the form of Hugo Chávez and the Bolivarian Republic of Venezuela in 1999.

Fifteen years later, Venezuela may be running out of sugar. Caracas has faced deteriorating macroeconomic conditions for years, marked by spiking inflation, shortages and mounting debt. Social unrest and plummeting oil prices have rendered Venezuelan stability ever-more tenuous.  Soon enough, Caracas will be pushed towards fiscal consolidation, and the country’s generous Caribbean energy policy could be on the chopping block.

Without Venezuelan support, the Cuban economy would face severe duress. The island will need help from somebody. The breaking news of December 17 suggests that The United States of America is finally prepared to be that someone.

The US would do well to seize this opportunity. If it does not, it is entirely possible that someone else will. China, for example, is intrigued by the potential of Cuban off-shore oil, and has been known to finance projects in the Caribbean of far less net-present-value. Beijing could eventually intervene on Havana’s behalf, and any financial support would not be contingent upon political reform. 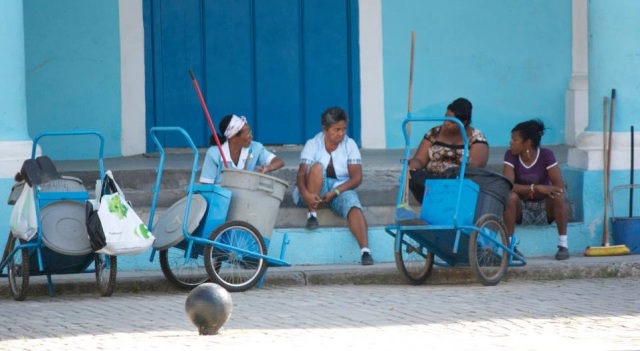 A new day for Cuba? (Photo by Emilia Galiano)

Time to Get It Right

Soon Cuban policy will no longer be dictated by 1960s revolutionaries. US policy should no longer be composed by cold warriors. Cuba’s transition will not be easy, it will not happen overnight, and the process will be fraught with errors. Normalization will not be smooth from the US side either. As a legal matter, the embargo is ultimately in the hands of congress, where a number of representatives remain deeply suspicious of Havana.

However, the developments of December 17 portend improved communication between Cuba and the US. Overall, the island will enjoy exponentially improved odds of a successful transition if it can count on the United States as a friend, mentor and benefactor.

And who knows, maybe the US will be able to export a few more Che Guevara tee-shirts along the way.

Samuel George is a Latin America specialist working in Washington-DC.