Fixing Education in Brazil: Its More Than Money

By Samuel George and Cornelius Fleischhaker, authors of Five Steps to Kickstart Brazil 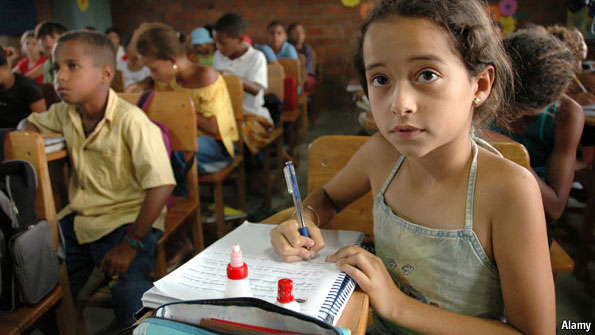 Is this gonna be on the test?

The 2007 discovery of the enormous pre-sal oil reserves off of Brazil’s east coast appeared to represent a transformative moment for the South American giant. With the country already in the thick of a growth spurt, the finds suggested Brazil’s total reserves rival those of the North Sea. For President Rousseff, the fields offered “strong evidence that God is Brazilian.”

In the wake of the discovery, Brazil implemented stiff local content laws for the advanced machinery and labor required to access oil wells over 150 miles off of the coast and buried beneath 3,000 meters of salt, rock and ocean. Contracts offered at auction in 2013 required “37 percent local content for goods, and services used in the exploration phase, rising to 55 percent in the development phase and 59 percent after 2022.”

The government’s approach arguably had Brazil’s best interest at heart: In theory, these local-content laws could stimulate domestic production and create valuable backward linkages. But the proponents of the strategy overlooked one crucial factor: Brazil lacks the educated workforce (both in terms of depth and breadth) to pull off such a complicated project alone. The domestic labor market’s inability to deliver is often cited as an explanation for delays in pre-sal oil excavation.

If Brazil wants to be a 21st-century leader, it must educate a 21st-century workforce. The country has made impressive progress in education. Presidents Cardoso, Lula and Rousseff all have pushed for universalized access to primary education. Cardoso raised teachers’ salaries and increased public school funding. Lula’s cash transfer programs were conditional upon classroom attendance. He also emphasized the importance of technology in the classroom. President Rousseff, for her part, has invested in vocational schools, especially in the underdeveloped northeast.

These improvements notwithstanding, the quality of Brazilian education remains poor by international standards. Primary and secondary institutions have struggled to prepare students either to enter the workforce or to move on to higher education. Two-thirds of Brazilian teens can do little more than basic mathematics, while 50 percent have underdeveloped reading comprehension skills.

Most of the best universities in Brazil are public and free. But this system generates a regressive subsidy, as it is richer students graduating from private secondary institutions who tend to win spots at top-notch public universities, which they then attend on the taxpayers’ dime. Overall only 12 percent of the working-age population has a university degree — significantly below the OECD-average of 32 percent. Few of these individuals pursue the scientific degrees required to execute modern infrastructure projects, let alone to get oil out from the bottom of the ocean.

Unfortunately, addressing the education gap will require a more nuanced approach than simply throwing money at the problem. Brasília already invests a reasonable amount in education. As of 2013, the country spent 5.6 percent of GDP on education—more than the OECD average, and up from 3.8 percent in 2002. This figure is set to jump to a globally-unprecedented 10 percent by 2020.

While more funding never hurts, Brazil’s key to building a qualified workforce lies rather in improved efficiency. A 2012 World Bank report highlights poor teacher quality (despite increasing salaries), outdated curricula and misallocated spending as reasons why Brazil does not receive much bang for its buck on education spending.

In term of teacher quality, on the one hand, rigid labor laws make it difficult to remove ineffective teachers. On the other hand, limited opportunities for substantive wage increases make it difficult to reward effective ones. In terms of curricula, Brazil does invest in innovative programs (such as Lula’s one-laptop-per-child initiative), but the state does not have a comprehensive mechanism to evaluate which programs work best, nor whether they are cost-effective.

Regarding resource allocation, Brazil spends six times as much on a student in university as it does on a student in primary school (the OECD average is 2-to-1). This spending disparity exacerbates what is, again, a regressive higher education program.

These are some reasons that the Education Efficiency Index ranked Brazil by far the lowest of 30 countries reviewed in terms of value for money spent in education.

The country must improve the quality of education not just by investing more but also by systematically reviewing the effectiveness of existing government programs from pre-school to university. This may not be an easy fix, but it would not further strain Brasília’s fiscal position.

God may be Brazilian as Rousseff posited, but the country needs higher education in order to take advantage of any divine gifts. 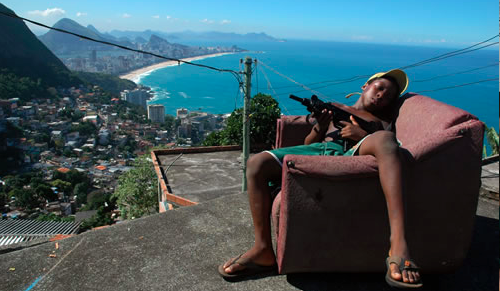 Education is key…and the alternative is not so bright

This post contains excerpts from the study Five Steps to Kickstart Brazil composed by the authors.

Samuel George is a Latin America specialist working in Washington-DC. On twitter  @SamuelGeorge76

Cornelius Fleischhaker specializes on Brazil at the World Bank. The opinions expressed here are his own and do not reflect those of the World Bank. On twitter @tiocornelio

1 Response to Fixing Education in Brazil: Its More Than Money