Posted on December 9, 2015 by Mancha Contributor 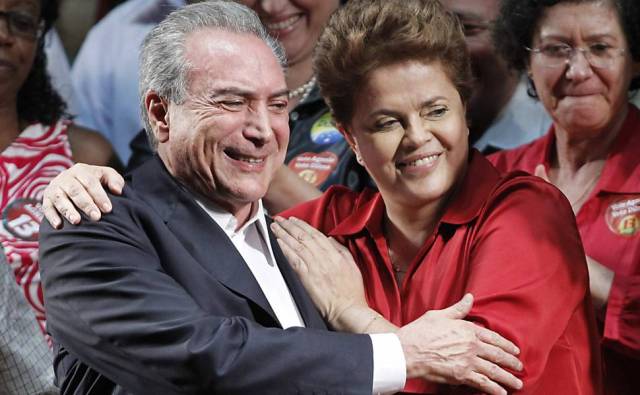 At the end of season 2 of the acclaimed Netflix series “House of Cards”, the cunning vice-president Francis Underwood writes a letter to the president who is under threat of impeachment. In the TV show, the letter is part of Underwood’s wicked plan and leads to the President’s resignation and Underwood’s ascension to the Oval Office.

Something similar just happened in the real world drama which Brazilian politics has become this year. On Monday night a letter by the vice president Michel Temer to President Dilma Rousseff (personal but immediately published) shook Brasilia.

It’s a rather strange letter. A sentimental outpouring, full of complaints about mistreatment the VP claims to have suffered over the past 5 years. They include banalities such as being constraint to a “decorative function” and not being invited to a lengthy meeting Rousseff had with Temer’s “good friend”, US Veep Joe Biden.

The VP who is also the chairman of the PMDB (the largest partner in Rousseff PT-led coalition) closed by saying: “Finally, I know that you have no confidence in me and the PMDB today and will have tomorrow. I am sorry but this is my belief. “

Why do a VP’s hurt feelings matter?

The letter amounted to a political earthquake because it was the latest twist in what has been dubbed “House of Cunha”, the struggle by the speaker of the lower house, Eduardo Cunha, (known as the Frank Underwood of Brazilian Politics) to bring down President Dilma Rousseff while battling serious corruption allegations himself. 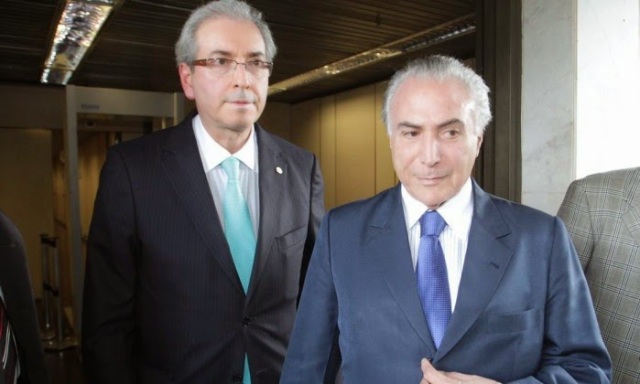 Cunha and Temer, split the role of Frank Underwood in the Brazilian version of the political drama.

Cunha, who represents the same PMDB party headed by Temer, officially opened impeachment proceedings against Rousseff last week (December 2), hours after members of Rousseff’s PT had declared that they would vote in favor of stripping Cunha of his congressional mandate as he is accused of receiving a US$ 5 million bribe from a construction executive who has been arrested in the massive Lava Jato corruption investigation.

The impeachment process is therefore, at least in part, a vendetta by a corrupt politician against a weak and unpopular President.

Up until this week, it had appeared that Temer, and with him a sizable part of the PMDB would remain loyal to Rousseff helping her fend of Cunha’s push for impeachment. Does the letter mean Temer and the PMDB are breaking with the Government of President Rousseff? He says no. Everybody else says yes.

The PMDB still appears divided. The governor if Rio de Janeiro, the biggest state governed by the PMDB, has come out against the impeachment and criticized Temer. PMDB congress members from various states where the party governs in alliance with the PT could be under pressure not to support the impeachment.

What does all of this mean for the impeachment?

The chances of impeachment have clearly gone up. However it remains unclear if Cunha has the necessary two-thirds majority in the house to formally put the President on trial. He would need not just the opposition and all the votes of the PMDB, but also those of other government parties. In a vote on Tuesday (December 8), to name the congressional commission to lead the impeachment proceedings Cunha won, but the government still secured 199 votes, more than the third of the plenum (171) needed to block the impeachment. The vote was overshadowed by a rowdy debate and annulled by the supreme court later that night, delaying the process for about a week.

This means that the drama will continue. The government’s strongest argument against the impeachment is that the legal accusations brought against Rousseff are weak and that it is essentially a case of “The dirty talking about the poorly washed” with the almost certainly corrupt Cunha alleging irregularities by Rousseff, who has never been accused of personal embezzlement. Hence the President was quick to point out that she is not the one with bank accounts in Switzerland (Cunha is).

On the other hand, there is Rousseff’s terrible approval rating (below 10 percent), an ever deepening economic recession and a corruption scandal which is involving more and more members of her inner circle. Ultimately, impeachment is a political process. If the streets demand Rousseff’s head, they may well get it.

Wonder how the story unfolds from here? Stay tuned for the next episode of “House of Cunha” 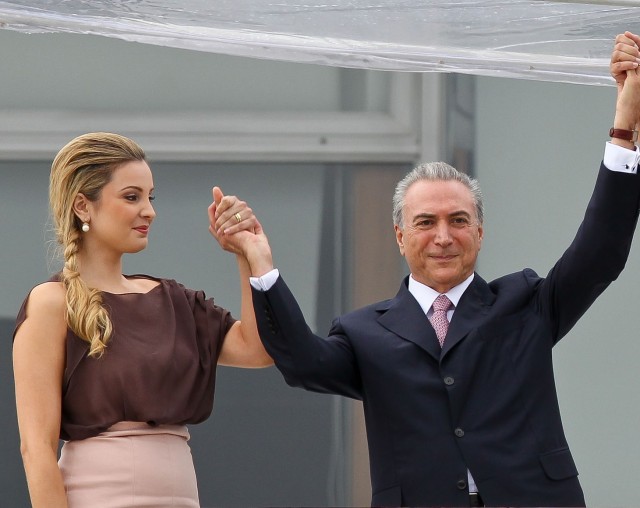 VP Michel Temer and wife Marcela. He complains about being used as “decorative”