Colombia: An Imperfect Peace – The Sooner the Better

Posted on March 5, 2013 by Mancha Contributor

An Editorial from Felipe Buitrago 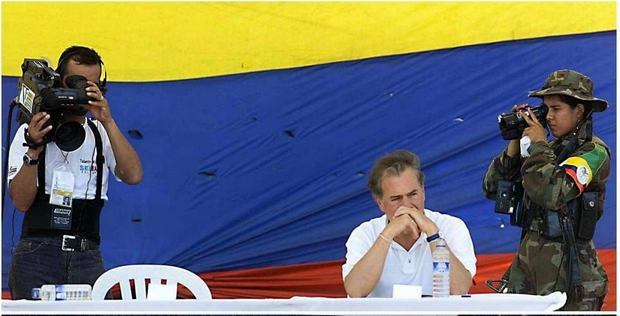 In the late 1990s, the FARC boycotted their own peace talks, leaving the infamous empty white seat.

Some 500 years before the birth of Christ, Greek playwright Aeschylus wrote that “In war, truth is the first casualty.” This quote is often misattributed to contemporary figures who drop the phrase with little regard of the actual context and meaning.

2500 years later, Colombia has once again entered into peace talks in hopes of negotiating a settlement to a sixty year civil war. The process is plagued by mistrust. The government, burned in previous peace talks (see the Caguán negotiations of 1998-2002), mistrusts the Revolutionary Armed Forces of Colombia (FARC). The FARC, unsure of what will become of them if they lay down their weapons, mistrusts the government. Perhaps most concerning, Colombian citizens seem to mistrust the entire process. How and why should the government make peace with those who have brought war? How can any peace be legitimate that does not offer truth? That does not offer justice?

2500 years later, the poignancy of Aeschylus rings clear. We realize his words are more than a punch line to be tossed around at dinner parties. Truth is a victim of war, and any peace negotiation that demands the whole truth and nothing but the truth as a precondition will ultimately prove futile. Many Colombians hold out for a perfect peace, but as long as they demand one, they will just have war.

Colombia has suffered between a quarter and half a million death over the last 60 years. That is a lot of broken families, unpunished crimes and open wounds. There is no peace that can fix those families, that can right those wrongs or heal those wounds. 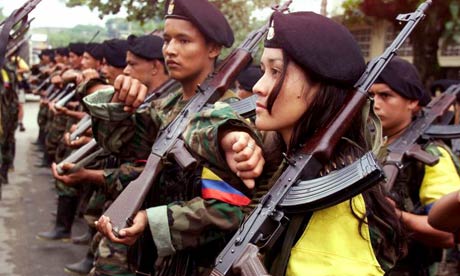 Colombians struggle to accept peace with those who made war

Absolute justice is not an option.

Former Colombian President Álvaro Uribe (2002 – 2010) met the FARC with an iron fist, and he inflicted serious damages on the guerrilla. Uribe’s soldiers eliminated many subunits of the FARC, but could not completely eliminate the central command. As long as this nerve center survives, it perpetuates the struggle. Uribe is no longer president, but his iron-fist approach has a vocal following. Why, this constituency demands, should Colombia give away anything at the negotiation table when the government has won on the battlefield? Any concession to the FARC is viewed as capitulation. They demand a perfect truce, a perfect justice and a perfect truth.

But in a context of four to ten million victims of fighting (depending on your definition of victim) absolute truth no longer exits- it is another casualty of the war. In a context of four to six thousand new deaths per year, of thousands of newly displaced citizens–many suffering for a second, a third or a fourth time–it is a moral imperative to care for those still alive, to care for the future, rather than to demand a holistic justice, the likes of which have not been part of any conflict resolution in the history of human kind.

This is not to say that truth and justice should be scraped from Colombian peace talks–not even that they should not be high on the government’s agenda. But let’s be clear. And let’s be honest: Any final agreement would  celebrate an imperfect truth, an imperfect justice, and a whole lot of impunity.

We can recognize the antagonistic nature of the warring parties, and the impossibility of an idealistic resolution without condoning the abuses of the parties involved in the conflict. We can acknowledge that such a peace has inherent imperfections. But after sixty years of war, an imperfect peace must trump the unachievable peace. The unachievable peace of perfect justice and truth was never an option, and it will be even less of an option after more fighting.

An end to the bloodshed and victimization of the most vulnerable Colombians requires bold and unsavory concessions from both sides at the negotiation table. The FARC would have to accept an economic model that is fundamentally market based. Los guerrilleros would have to coexist with big landlords and American multinationals in rural areas; they would have to disarm, and accept the Colombian Constitution as their sole defender. The FARC would have to forfeit its organized role in the narcotic trade and re-learn how to make an honest living. The implications of such concessions are clear: Most former combatants will never again have the level of autonomy, power and money they currently enjoy in the jungles. They must accept this.

The sooner, the better.

Meanwhile, the Colombian government must accept FARC as a legitimate ideological force. In fact, the government may even accept guaranteed “peasant representation” in Congress, just as Colombia currently does for indigenous and African-decedent communities. Some FARC leaders will run for office, and some will win. Families shattered by the kidnapping and assassination, would have to see the perpetrators of those atrocities running for public office. Army generals may find themselves taking orders from newly-legitimized public officials that only years before were torturing their soldiers.

The sooner the better.

Especially for those in line to become the next victims, the sooner Colombia can reach an imperfect peace, the better.

A peace agreement is not, in itself, the end of the conflict. Rather, it is the beginning of managing political, economic and social confrontation without the mediation of physical violence. This is a painful truth, but it is the only truth.

Unfortunately, for now at least, this truth is just another causality of this war. 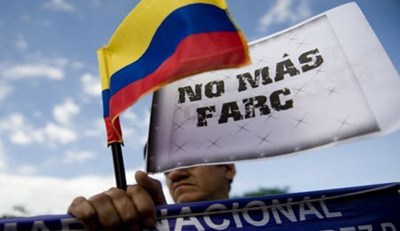 Felipe Buitrago is currently an economic adviser to the Cultural Center of the Inter American Development Bank. Previously he has consulted governments in Latin America and in Europe. The views expressed in this editorial are his alone, and do not reflect those of the IADB.

4 Responses to Colombia: An Imperfect Peace – The Sooner the Better