Posted on August 22, 2013 by Mancha Contributor 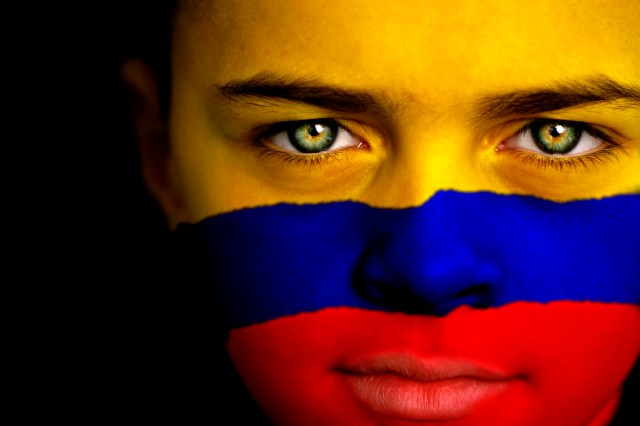 On the one hand we’ve been told for years that Colombian rebel forces are essentially mercenaries, fighting to hold on to a foothold in the drug trade. We are taught that the guerilla is disjointed, sprinkled across Colombia’s geographically foreboding periphery. Yet we are asked to believe that the aging FARC leaders summoned to Havana are somehow powerful enough to broker a peace—that somehow political representation will end a conflict we thought was about controlling dirty money.

Its times like these I turn to Felipe. Felipe Buitrago, a Colombian currently authoring a book about Latin America’s creative economy for the Inter American Development Bank, has a keen ability to disentangle that which strikes a humble gringo as a paradox.

We recently sat down to discuss the peace process in this country.

The Havana Peace Process Is Not Meant to End All Violence

At least not immediately.

Farc was once a rural movement with an ideologia fariana mixing Marxism, Maoism and peasant frustration. At its core, it is a stubborn sect, still out to even scores from the 1940s and 1950s.

Today, however, there are essentially two Farc. One conducts the political battle and maintains the ideology. The other finances the war, be it through bricks of cocaine or ransoms.  The two are connected and co-dependent.

And they need each other.

Operational (read: drug dealing) Farc relies on the ideology for legitimacy—a cloak protecting it from sheer gangsterism. For this Farc, the pretense of an active war is somehow enough to justify heart-wrenching atrocities visited upon fellow countrymen. Note that we still speak of active Farc members as guerillas as opposed to the cartel label tacked on gangs in Sinaloa or Culiacán.

The political Farc offers justification to the operational Farc, both externally and internally. Externally, a Colombian society that has been brutalized by Farc can still relate to aspects of the ideology because the inequalities remains so prevalent. This is one reason Farc can still attract new recruits. Internally, the ideology helps the individual justify horrific behavior.

On the flip side, the political Farc needs financing, which is conveniently supplied by the operational side. Farc has evolved such that one side gathers money, be it through extortion, kidnaping, drug dealing or illegal mining while the other justifies whatever is necessary to get it. 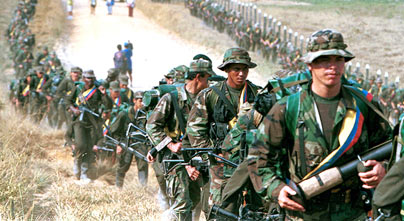 Nothing to Farc with

Cutting Off the Fish’s Head

In the 1990s, the Colombian paramilitary attempted to battle the Farc by quitando el agua del pez: draining the water from the fish. In practice, this meant locating the guerillas and “removing” anything that might hide or protect them. This led to a spiraling tit-for-tat between a number of different armed forces that helped make Colombia one of the most dangerous places on the planet in the 1990s.

The current peace process represents a different strategy. Instead of draining the water from the fish, the government hopes to remove the fish’s head.  If the government can make peace with the political wing of Farc, this would be a major stride towards undermining the justification of continued conflict.

Thus any peace deal coming out of Havana may not have immediate consequences, a fact underscored by the recent battle that killed 19 during peace negotiations. But the elements that do not demobilize will essentially out themselves as gangsters as opposed to revolutionaries, and the Colombian government can move definitively on them.

There is a precedent for this

If you haven’t heard much from the Colombian paramilitaries (private forces hired to battle Farc in the 1990s) you are not alone. In the 2000s, the Uribe administration reached demobilization agreements and procedures with the paramilitaries.

Of course, all paramilitaries (which, like the Farc, had morphed into a money-making operation) did not demobilize. But, because of the deal, those that remained could no longer claim the role of crusaders fighting back against the Farc. The Colombian government could rebrand them as Bandas Criminales (criminal groups), or Bacrim.

Stripped of any ideological justification, the Bacrim can be ruthlessly persecuted by the government.  The hope is that, knowing this, those that continue in illicit activities will do so less violently.

The Colombia phrase tragar un zapo (swallow a toad) might translate into English as “a tough pill to swallow.” By offering legitimacy and political inclusion to Farc leaders in Havana, Colombian officials are eating toads by the handful.

But the hope is that if they can offer political inclusion to Farc leaders that want inclusion; if the government officials can agree to sanitize dirty money and facilitate exits to Venezuelan for those that want out; if it can legitimize Farc business interests, than it can cut off the fish’s head.

There is reason to believe the leaders will accept this: Five million dollars does not do a capo much good in the jungle, but it goes a long way in Venezuela.

This is a terrible tasting frog, especially when it comes to pardoning crimes—something that local poles suggest Colombians are not inclined to do.

And it is a frog that may only be swallowed once. Surely, someone will take the place of any Farc leader who accepts the “golden parachute.” But they will not receive a similar opportunity for peace.

Now one might suspect that in five or ten years a whole new peace process will be underway, and a whole new generation of Farc will be offered amnesty. But perhaps not. Love him or hate him, President Álvaro Uribe (2002 – 2010) severely weakened Farc. But he could not kill the idea.

No one can kill the idea.

But, given Farc’s reduced status, perhaps now is the time to make peace with the idea. Then deal with the criminals. 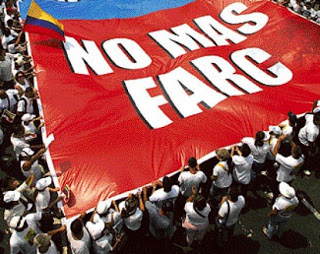 It may take swallowing a toad or two…

Felipe Buitrago is currently an economic adviser to the Cultural Center of the Inter American Development Bank. Samuel George is a Latin America specialist working in Washington DC

The Gringo’s Guide to Demonstrations in Brazil

4 Responses to FARC, Fishheads and Toads