When I first arrived in Chile in 2006 I was told that there were three things that Chileans do not talk about: Politics, football, and God. Coincidently, these also proved to be the same three things that Mexicans, Costa Ricans, Peruvians, and any number of other American citizenries supposedly did not discuss.

Which always struck me as odd because somehow it seemed that all my conversations with Latin Americans inevitably ended up on one of three topics.

Now I analyze Latin America professionally, and over the last eight days I have been surrounded by pictures of immense crowds; crowds so packed with humanity that the individual almost disappears and becomes a cell in a larger organism. Meanwhile, these throngs train their entire collective attention on one person.

Be it Hugo Chávez, Lionel Messi, or Pope Francis, amidst the masses, one individual’s presence expands to epic proportions. The masses melt into one collective body, yet they find their identity in the one individual at the center who is inflated, celebrated, mythologized, provided that he gives context and meaning to the collective yearning of the crowd. 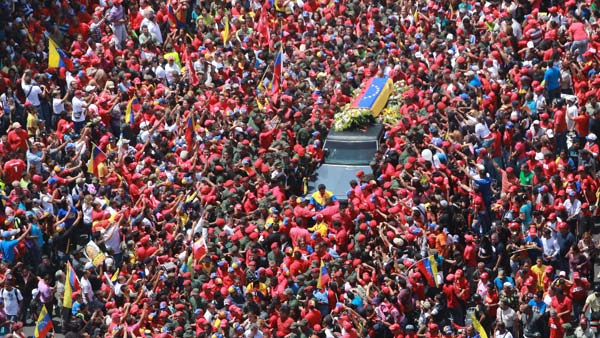 It is probably coincidence, but it is poetic coincidence that this trade of individuality for identity has been negotiated through politics, football, and God.

On March 5, 2013, at 4:55 PM, Venezuelan leader Hugo Chávez died of a massive heart attack, presumably mouthing the words “I don’t want to die” before passing away. Chávez limped towards his death over the final weeks. He likely couldn’t eat solid foods, maintain a coherent conversation or even use the bathroom by himself.

I bet he smelled funny.

He finished his life holed up in what appears by the photos to be a dumpy military hospital in a working class neighborhood of Caracas. His humanity and, ultimately, his frailty were laid bare. Timothy Geithner likes to say plan beats no plan, but we are human and sometimes cancer beats everything.

But from this humble ending, a leader that was always larger than life seamlessly transitioned into legend. His death provoked tremendous sorrow from millions of poor Venezuelans – Venezuelans that were poor before Chávez, and that are still poor now, after Chávez. Hundreds of thousands, maybe millions followed his casket through the streets, celebrating his life and bemoaning his death. Whether the real Chávez in any way fits the image maintained in the minds of the masses is perhaps besides the point, and anyway, beyond the purview of our remote and privileged analysis from the United States. 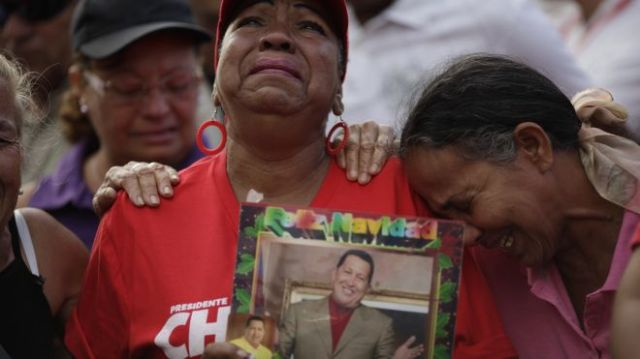 The emotion on the Caracas streets was real, and it was overwhelming.

Seven days later on March 12, Argentine footballer Lionel Messi led his Barcelona side onto the Camp Nou field, facing stiff odds and a two goal aggregate deficit to Italian side AC Milan.  Barcelona would have to score at least three times without conceding once in order to stave off elimination in the Champions League. If we can agree to sum up Italian football tactics as break-your-knee, insult-your-mother and steal-your-wallet, this was clearly no small task.

FC Barcelona fans are like a religious contingency not only in Catalonia but also throughout Latin America. Millions of Latin Americans who have never voted root for Barcelona. This fan base approached the Milan fixture with jangled nerves. The pundits said the end was near. That Barcelona was getting old. That an era of unparalleled greatness had come to a close. That Barcelona needed a prayer.

A loss would signify the end of the dream.

With nearly 95,000 souls packed into the cathedral-like Camp Nou, Lionel Messi, a smallish man of almost idiot-savant simplicity, delivered the masses from this evil. He delivered the throng from elimination. In fact, he scored two sublime first half goals that sparked Barcelona’s improbable comeback. In essence, he breathed life back into the dream of football that captivates from the dusty heartland of Argentina to the desiccate plains of northern Mexico. 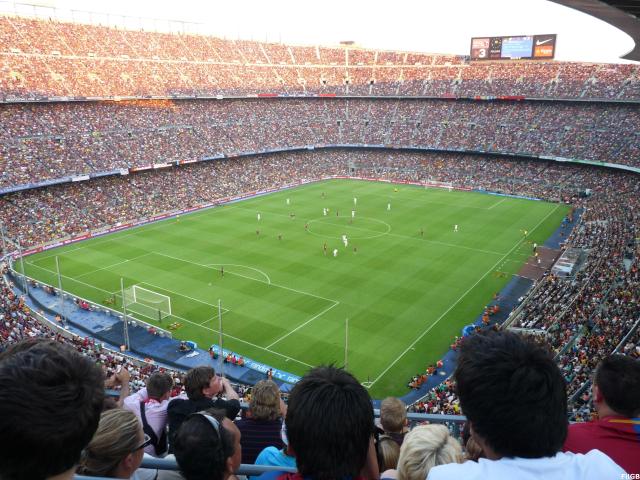 Camp Nou may be the biggest stadium in Europe, but the Church of Barcelona extends deep into Latin America

Many went to sleep the night of March 12 convinced that Messi, the Argentine from Rosario, was the Lord incarnate.

But then, on March 13, the papal conclave in Vatican City concluded that a different Argentine embodied the Holy Spirit.

At 2:30 PM, Venezuelan time, white smoke billowed from the Sistine Chapel chimney, and word spread just as easily over Twitter that the globe’s Cardinals had selected a new pope. In a scene that would fit comfortably in a Saturday Night Live skit, the two biggest, reddest curtains in the world unveiled the first Latin American pontiff, and a man famed for not being famed at all—for riding the subway, for supporting a midlevel football team in a second class league—stepped out in front of thousands prepared to worship in his name; he stepped out to lead the one billion souls that hadn’t reached salvation through Hugo Chávez or Lionel Messi. 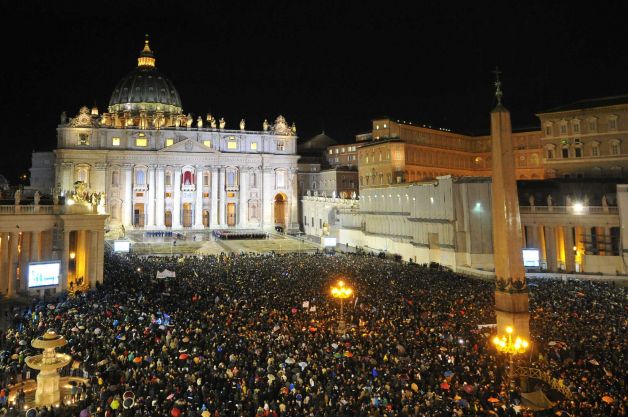 Before Pope Francis could finish explaining that he was now Pope Francis, my boss was asking how long until I could have some analysis on the developments in Rome.

After all, it is my job to know Latin America.

I had to shrug in defeat. I watched the new pope stand in front of the Vatican crowd. To my eye, he was holding back a tear. I shook my head.

I know nothing about this, I had to admit.

All I know is that in the last week I have seen images of lots of people stimulated to the point of exaltation, swarming Chávez’s coffin as it passed through Caracas; bedlam in Barcelona as Lionel’s shot elegantly curved around the Milan keeper; distilled hope, faith and belief rallied around a 76-year old man fresh off the subway.

I don’t write in judgment. If so I am guilty myself—I had tears in my eyes watching Messi, and I don’t even care about soccer.  I would prefer to save the theories on the cult of the personality and of populism in Latin America for another day, for another thesis.

Let someone else take what has happened in the last eight days and make it boring.

For now I am just content with these visions. These moments of elevating others to immortality in order to help us feel the full extent of what it is to be human, if only for a fleeting moment.

It is a shame that Latin Americans don’t talk about politics, football, or God. Because otherwise, they would have a lot to talk about this week.