An Editorial from Natalia Lozano, a Colombian International Relations Specialist

Colombia Sees a Dragon Behind a UN ICJ Sea Ruling

On November 3, Panamanians dress in red, white and blue to celebrate their 1903 independence from Colombia. Across the Darian Gap, Colombians rue the loss of 29,000 square miles (75,400 square km) of territory.

Now Nicaragua also has a motive to celebrate November, and again, it comes at Colombia’s expense. On November 19, 2012 the International Court of Justice (ICJ) in The Hague awarded Nicaragua control of roughly 30,000 square miles (79,000 square km) of Caribbean Sea that had long been considered part of Colombia’s territorial waters.

Though separated by over 109 years, these two events may share more than a common month and a common loser. Panamanian independence stemmed from a US desire to build an interoceanic canal through Colombian territory without having to deal with Colombians.

Today, as new, controversial evidence emerges from the Nicaraguan situation, it appears that once again an influential global power hopes to join the Atlantic and Pacific oceans. Only this time, it is not Uncle Sam who is moving pawns on the global chessboard.

If the former Colombian Foreign Minister is to be believed, this time the Dragon of the East is pulling the strings.

Tell It to the Judge

In 1928 Colombia and Nicaragua signed the Esguerra-Bárcenas treaty, which gave Colombia the sovereignty over waters to the east of 82nd meridian, a geographic line located less than 70 miles from the coast of Nicaragua, as well as sovereignty over the San Andrés and Providencia archipelago. But in 1980, shortly after the Nicaragua’s Sandinista revolution, Managua unilaterally declared the agreement invalid, claiming that it had been signed when Nicaragua was unduly manipulated by the US military between 1927-1933.

However, not until 2001 did Nicaragua take the long-running territorial dispute to the United Nation’s highest court to demand sovereignty over the archipelago, as well as the redrawing of the maritime boundary with Colombia. When in 2007 the ICJ insinuated that it would move the line, many expected a subtle change to the boundary. Nobody expected what came next.

After studying the case for 11 years, the ICJ confirmed Colombian control over the archipelago. However, the court redrew the maritime line eastward by a full 200 miles (370km), effectively placing about 30,000 square miles (75,000 square km) of sea, with valuable fishing rights and potential oil deposits, under Managua’s control.

The blue line marks the old boundary. The red marks what the ICJ awarded Nicaragua.

Nicaraguan president Daniel Ortega celebrated the court’s ruling as a “national victory”. Bogotá emphatically rejected it. “There were omissions, errors, excesses, inconsistencies, that we can not accept…therefore, Colombia emphatically rejects this aspect of the ruling, and will not rule out any resources or mechanism of the international law to defend its rights,” President Juan Manuel Santos stated in an attempt to console his stunned country.

President Santos had little recourse beyond petulance. ICJ decisions are final and not subject to appeal.  Only one circumstance could warrant a redo – Colombia would have to uncover new evidence either unpresented in the initial trial, or that would impeach the integrity of the original ruling. Under Article 61 of the ICJ’s statute, only this would allow Colombia to pursue a revision of the judgment.

What if there was more at stake than fishing waters? What if Nicaragua hoped to fulfill long held dreams of a Pacific-Atlantic canal? What if China was willing to finance this potential alternative to the American dominated Panamanian crossing? What if the waters around Nicaragua—the very waters awarded to the Central American country in November—would be necessary to control this new canal’s entrance and exit? What if Chinese jurists influenced the decision in The Hague? What if Colombia had proof…

A crazy conspiracy, don’t you think? Something fired in from some dark, hyper-paranoid corner of the internet.

Except this scenario was not submitted by lonely blogger with an obscure alias. It came from Colombia’s former Foreign Minister Noemí Sanín Posada (once Ambassador to England), along with the country’s former Deputy Minister of Justice and Law Miguel Ceballos Arévalo. Sanín and Ceballos published their argument in a controversial new article for Semana magazine.  In a few weeks they will release a book on the topic.

According to them, the ambitious Nicaraguan plan to build the longest, deepest and widest interoceanic canal on the planet was a relevant factor that, though not argued in court, influenced the shocking and unexpected ruling. Nicaragua signed a memorandum of understanding with China to build the canal in September 2012, just two months before the court’s ruling. The agreement not only gave China a 49 percent stake in the project, but it also guaranteed Chinese ships easy access through the canal.

One problem: At the time, the water through which Nicaragua guaranteed China access was still under Colombian sovereignty. 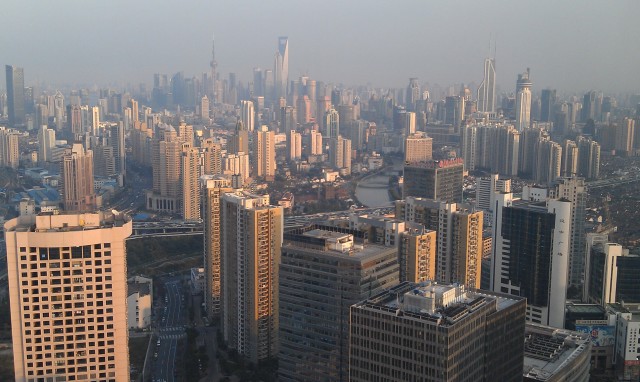 Does Beijing want to rip a new canal through Nicaragua? That’s what Xi said.

Sanín and Ceballos’s argument hinges on the fact that one of the 15 judges on the ICJ tribunal, Judge Xue Hanqin, is Chinese. Given China’s material interest in the waters around Nicaragua, Article 24 of the IJC Statute would appear to ban her from participating.

Sanín and Ceballos argue that Xue’s influence led to the shocking verdict (an accusation the Chinese embassy in Bogotá has roundly denied).  Nicaragua has dreamed of building a canal for over 150 years—this is no secret. However, Sanín and Ceballos argue that Nicaragua’s agreement to build the canal with Chinese finance and construction was a secret. At least it was not made public during the ICJ hearing.

Colombia believes it has found the requisite evidence to proof the initial verdict was contaminated to do demand a retrial.

Does the canal conspiracy hold water?

Time will tell if there are bullets behind Colombia’s “smoking gun”. At the moment, a host of tricky questions remain. For example, those arguing a conspiracy theory have been unable to explain precisely why Nicaragua would need those waters in order to pursue the canal project- Colombia, a free-trading county, does not appear to pose any threat to Chinese ships, or any ships, for that matter. Also, the verdict in favor of Nicaragua was unanimous. Sanín and Ceballos only offered evidence impeaching one of the judges. What of the other 14? Moreover, the pair spends significant energy in their article outlining how the Nicaraguan Ambassador to the Netherlands outmaneuvered his Colombian counterparts. If tiny Nicaragua, the poorest continental American country, is diplomatically strong-arming Colombia, well, then Colombia has bigger problems than maritime boundaries.

Nicaragua: Not exactly a global superpower

Since Colombia rejected the court’s maritime delimitation, some have accused Bogotá of acting as a bully willing to ignore the rules of the playground when they become inconvenient. Colombia’s reaction has been deemed emotional at best, and hypercritic at worst.

But rules are rules.

And if, in fact, the Chinese judge participated despite a conflict of interest, than one of the rules was broken. Some would say this is a minor infraction. But to Nicaragua and Colombia, it is big enough to drive a boat through.

Natalia Lozano trained in the Colombian Ministry of Foreign Affairs and writes for CON-TEXTO TADEISTA in Bogotá. She currently lives in Washington, DC.

Also By Natalia:
Colombia Battles for Peace – Maybe this is the Problem
A Bitter Cup of Coffee

8 Responses to The Canal Conspiracy