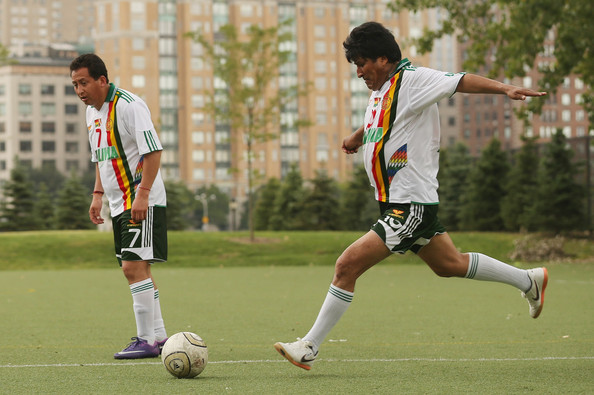 Last week Bolivian President Evo Morales expelled USAID. It would be easy to dismiss this as the latest in a long line of irrational acts of a paranoid president. On the surface that it what it appears to be.

USAID-funded programs in Bolivia focused on education, health care, farming assistance and environmental issues.  Since 2005 alone, they have been endowed with over half a billion dollars (US$501,065,000, for those scoring at a home).  Just how this program falls guilty of President Morales’ accusation of “conspiring against” the Bolivian people and its government remains both unclear and unproven.

President Morales has long held contentious relations with the United States- passions that were reignited recently when US Secretary of State John Kerry, perhaps still wet behind the ears, referred to Latin America as the US’ backyard. La Paz announced of expulsion on May 1st—International Labor Day—a date preferred by Morales for businesses nationalization and general railing against “capitalist oppressors”.

Unfortunately, Bolivia is ill-prepared to refuse aid from anyone. Along with Paraguay, the landlocked Andean nation remains the poorest in South America. Bolivian literacy rates are the lowest in South America. The population is historically malnourished. Given the nature Latin America-US relations, Kerry’s syntax was boneheaded and tin-eared. However it does not change the fact that without the support of longtime backer Hugo Chavez, Evo Morales finds himself increasingly isolated in his tilting against perceived American interference in the region.

Moreover, unlike other times Morales has engaged the US  by force, this time his actions have directly affected the welfare of his people. As The Economist rightly points out, USAID funding in Bolivia may be on the decline, dropping from US$92mn in 2005 to US$23mn in 2012. But that is still US$23mn that Bolivia (whose cumulative GDP hovers at around 38 percent of Carlos Slim’s net worth) could use. Moreover, Morales’ hostility likely plays a role in dwindling USAID funding.

Perhaps Morales is a bit paranoid, but he is not alone in his beliefs. Since former president George Bush declared “you are either with us or you are against us”, US Foreign Policy has once again created schisms that have once again divided the developing world. President Obama has done little to alter that image. Refusal to acknowledge the razor-thin electoral victory of Nícolas Maduro in Venezuela suggests political meddling.  US drone reconnaissance that has drifted deep into Mexican territory suggests America’s looming military might.

Much to the frustration of Latin American governments, right and left, Cuba has been under the yoke of a US embargo for decades. Across the globe, the US has succumbed to an unfortunate habit of preaching democracy and then criticizing electoral results unpalatable to American interests. Elections and reelections of statist presidents in Venezuela, Ecuador and Argentina have been dismissed as institutional failures—not lauded as the sovereign will of a voting republic.

Evo Morales’ logic may be suspect; his track record questionable. From his rise to power by essentially holding La Paz hostage to his continued nationalization of industries, he has walked the line between progressive leader and populist nationalist. But in light of US foreign policy over the last decade it is easy to understand how this paranoia can grip a president, or at least his voting contingency. In expelling USAID, Evo Morales has shot his nation in the foot. Perhaps the US—ever reluctant to pursue firearm safety—should pause to figure out why.

Who really losses without USAID?