The 19th century was an era of great change for Western Europe as many countries transitioned from agrarian based economies to mechanized economies relying on the production of manufactured goods. They did so by utilizing the resources at their disposal to industrialize and transform.

It was not a pretty process and if there is any doubt, just read a Dickens novel about England’s industrial revolution. In the process these countries consumed natural resources, burned carbon fuels at prodigious rates and deforested large tracks of land in order to make way for progress.

No one really complained. This was development, and no one wanted to stand in the way. Most people were just happy to have jobs. A few muckrakers pointed out the shortcomings of the industrial revolution, but they were generally dismissed as crackpots who were standing in the way of progress. The giant factories belching out clouds of black smoke were a symbol of man’s ability to control the environment and bend it to his will.

Industrial Revolution Redux: Put Up or Shut Up

Flash forward to 2013: Global climate change is a fact of life, deforestation chews through the world’s trees and sustainable growth is the buzzword of the day. That is all well and good if you are a post-industrialized nation that no longer needs to cannibalize its own resources in order to survive. But what do you do if you are still trying to join the industrialized world and everyone tells you to protect your environment?

Ecuador came up with a solution: Hold it ransom.

In 2007 President Rafael Correa told the world that Ecuador would leave the oil underground. Called the Yasuní-ITT Initiative, the plan would leave the Ecuadorian rainforests virgin. Untouched. Thus saving the trees above the oil.

But the world would have to pay.  Ecuador asked for half of the oil’s value at the time: US$3.6 billion. It turns out that the rainforest is sitting on massive amounts of oil and for a country like Ecuador, that is really hard turn your back on.

Correa set up a global fund through the United Nations where countries could contribute to save the rainforest. He gave them until 2013 to raise the funds or adios selva. 2013 has come and the world collectively raised US$6.5 million – about one fifth of one percent of the ransom value.

This put Ecuador in a bind. They had drawn a red line and when the world did not respond, their hand was forced (funny how that happens these days). 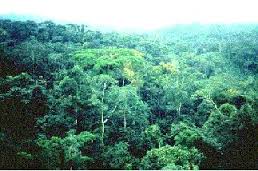 Ecuador borrowed over US$7 billion from China in recent years and now it’s time to pay up. Most would just issue debt. Unfortunately Ecuador can’t do that having defaulted on bond offerings twice in the past 15 years. So they had to use the only commodity they have to fend off China: the rainforest and its precious oil.

China has quietly been investing in Ecuadorian infrastructure projects including a thirty percent stake in a refinery and the financing of two of the largest hydroelectric projects in the country. Now that the save-the-rainforest plan has crapped out, the Chinese are poised to swoop in and cash in on their relationship with Ecuador.

When Correa first announced that his plan to “save” the rainforest had failed, he proposed selling off 1 percent of it in order to protect the rest. But now it seems as if the stakes have risen and Chinese oil companies are poised to purchase 3 million of the 8.1 million hectares that were set aside.

Let this be a lesson to other countries that have gotten into bed with China: Ecuador ended up holding its own rainforest ransom to pay off debts. When the payment didn’t come through, it was time to start chopping off limbs. 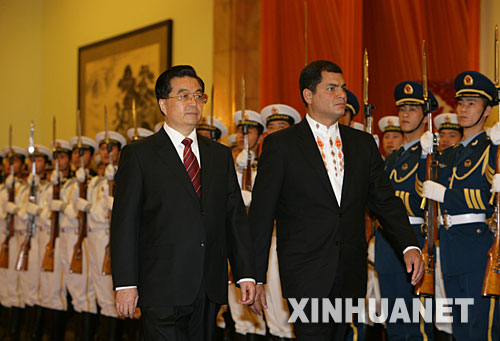 Hu Xi to mess with Correa?

1 Response to Pimp My Rainforest