Peru: The Growing Pains of a Puma Cub

Posted on September 29, 2013 by Cornelius Fleischhaker

Cornelius Fleischhaker on a Puma in the flux 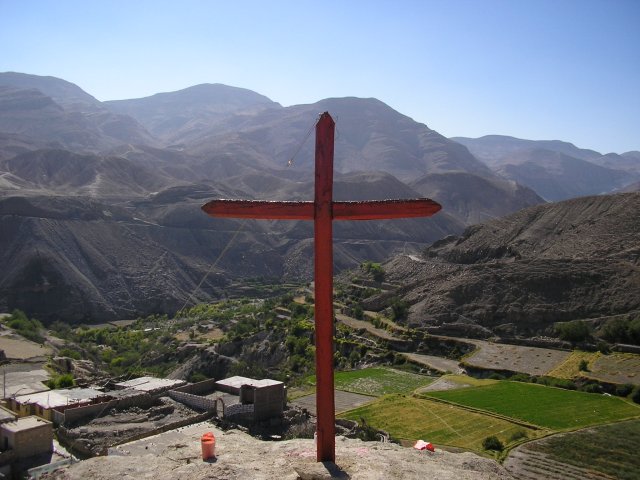 Peru is half way there…and living on a prayer

Question: How do you feel about a country whose economy is growing at around 5 percent a year, inflation is around 3 percent, and the government is running a small budget surplus?

Was your answer “crisis”?

The country described above is Peru, and according to President Humala and 61 percent of Peruvians, it’s in crisis.

Sure Peru’s national soccer team missed the qualification for the World Cup again – but this happens every 4 years, so more like business as usual. (To be fair, Humala also said that while the crisis has arrived, Peru had a “solid” economy).

So how come Peruvians, including their president, think their country is at a breaking point? As so often in economics, a lot has to do with expectations. Numbers on growth and inflation do not mean as much an absolute value.

He’s down on his luck

What matters is where you are coming from and where you think you are going. 5 percent growth would be outstanding in Europe, the US or Japan but in China it would probably be considered the “hard landing” that everybody talks about, and that might well bring the global economic system to its knees.

Turns out, Peru is somewhat similar to China and not just because you can get great Chinese food in Lima.

Peru has grown at an average of 6.3 percent a year from 2002 to 2012 (which includes the global crisis!), the highest rate in South America and the highest in any 10-year period in Peruvian history.

These two factors help to explain why Peruvians, like the Chinese, feel uneasy about growth slowing down at high levels: Both countries are still poor, with large parts of the population still far from anything resembling the middle-class lifestyle they aspire to.

Closer to home, Peruvians are lagging behind their fellow Pacific Pumas (Chile, Colombia, Mexico and Peru). Mexico’s GDP per capita is almost double Peru’s, and Chile’s is about three times as large (at market exchange rates). 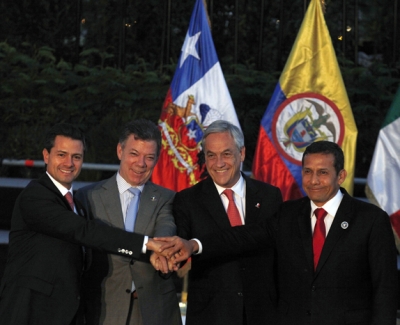 Take My Hand: We’ll make it, I swear

All this might be important for people’s sense of national pride – just like qualifying for the World Cup – but the more interesting question at stake, at least for economists, is whether or not the slowdown in growth will prevent Peru from attaining a higher stage of economic development.

Something that has received a lot of attention among macroeconomists interested in development is the idea of countries graduating from pro-cyclical to countercyclical policies.

All too often in developing countries, when times get tough (for example when an external shock of falling commodity prices leads to a recession) the government is unable to counter this and has to cut back as well as it is either dependent on the same stream of revenue and/or unable to borrow from abroad.

Hence government policies tend to reinforce and amplify the business cycle rather than smoothing it. Fortunately this might be changing at least in some emerging markets as they have built up “policy buffers” (budget surpluses, lower debt, sovereign wealth or stabilization funds) that should allow them to undertake at least some counter-cyclical policies when faced with an external shock.

Already in the financial crisis of 2008/09 some countries such as Brazil and China were able to ramp up public spending when the crisis hit and thus sailed through it relatively smoothly.

Yet for commodity-depended countries such as Peru, what is to come now might actually be worse than the great recession.

While commodity prices plummeted in late 2008, they rebounded quickly and were again near record heights in 2010, they may well be headed for a lasting slump. What this means is that even those countries that have built up buffers  (Chile, and to a lesser extent Peru and Colombia) will come under pressure.

In this case using buffers will not be enough; other policies will be needed to maintain growth. As we have seen in Brazil and Turkey this year, the combination of growing domestic expectations and a tougher external environment can be an explosive one.

By all reasonable measures Peru is not in crisis yet, but maybe President Humala is just trying to stay ahead of the curve. 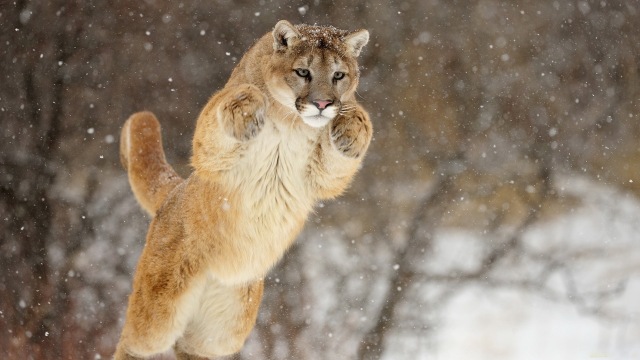 Is the Peruvian Puma jumping or falling? We’ll see once he hits ground.

Recently by Cornelius Fleischhaker
The End of an Era: Why the commodity super cycle is probably over…
Istanbul & São Paulo: A World Apart, a World United
The Sick Man of the Amazon – The Debate Over Brazil