Samuel George on the United States and the Pacific Alliance 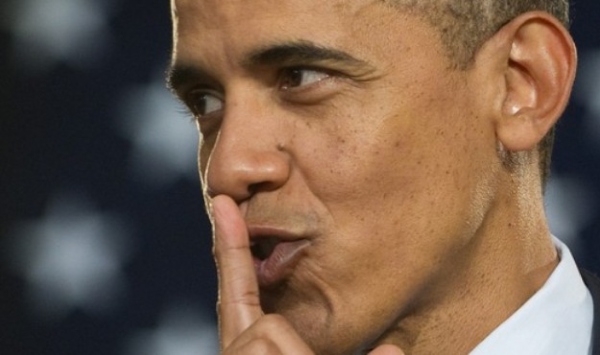 A gathering of the Pacific Pumas: Last week, on the sidelines of the United Nations’ General Assembly dialogues, the Presidents of Colombia, Peru and Chile met to advance the Pacific Alliance, a new free-trading bloc that could be redefining South American power dynamics. (Mexican President Enrique Peña Nieto cancelled his participation due to flooding at home).

With the Alliance meeting in New York City, it seems reasonable to review the United States’ strategy, vis-à-vis the new Latin American bloc. The setup is rather simple:

The Pacific Alliance is doing exactly what the United States wants it to do.

Say this to policy makers in Washington, Mexico City, Bogotá, Lima, or Santiago and the correction will be immediate: “No, the Pumas are doing what they want to do, and it just so happens that their direction coincides with the US-preferred approach.”

The difference is a thinly veiled argument of semantics. Whether by design or happenstance, the Pacific Pumas are pursuing precisely the open-market development model Washington is anxious to have emerge as a global standard.

That the Pumas are adopting this model without heavy-handed prodding from the US is all the better, from the Washington perspective, at least.

After all, the Pumas’ approach was by no means a foregone conclusion

Through the 2000s, Latin America’s ‘Pink Tide’ swept a number of left-leaning nationalists into executive offices. Beyond espousing deep-seated skepticism of the US, these leaders also viewed free-trade with a jaundiced eye. By 2010, every South American president except Álvero Uribe in Colombia had run on a more statist platform than either the incumbent or the primary challenger.

The global outlook was not much better. As Brazil, Russia, India and China navigated through the Great Rescission that shipwrecked so many OECD countries, the BRIC model of state-led capitalism appeared increasingly attractive to smaller developing countries.

Between that and the Bolivarian Alternative, few may have predicted the emergence of a Latin American bloc espousing free-trade and western democratic principles. Yet it has. For US policy makers, the question becomes how to facilitate this momentum without poisoning the well.

In the American capital, insiders and public analysts alike have referred to the Pacific Alliance as a “coalition of the willing.” While the logic behind this phrase is sound, the connotations are perilous. The phrase is most closely associated with a series of countries that followed American President George W. Bush into a quixotic and globally unpopular military incursion into Iraq.

Former Brazilian President Lula da Silva has already criticized the Pacific Alliance as a rehashing of the Washington Consensus—still a politically toxic term in the region. If ALBA or Mercosur countries, not to mention opposition figures within the Pumas, can paint the Alliance’s free-trade, pro-business policies as lackeyed deference to the US, any momentum could be derailed.

A message from Bogota

Cognizant of this, Washington has sought to subtly support the Alliance while maintaining a light footprint.

In May 2013, American Vice President Joe Biden suggested US interest in joining the Alliance as an observer, a relationship established formerly this past July. Though the US is likely to eventually become a full member, for now, the Obama Administration appears content with letting the Alliance mature under its own auspices.

Outside of the spotlight, the US has assisted Puma integration, with the Treasury Department chipping in technical support on MILA, a scheme that combines the burses of Santiago, Lima and Bogotá. Furthermore, Washington has found more tacit techniques to convey their support, inviting Puma representatives to help set standards for the future rounds of global trade dialogues.

Rather than barging into the Pacific Alliance, the US would be better served reorienting the nature of their relations with the Pumas. At the most recent Summit of the Americas held April 14 through 15 in Cartagena, any economic dialogue seemed overwhelmed by talk of drugs, immigration, and lingering Cold War animosities. This emphasis is in stark contrast to relations with China that focus almost exclusively on trade and investment.

Of course, narcotic and human trafficking remain critical issues in inter-American affairs, and they should not be ignored. But the US must ensure that security issues do not dominate, or worse, create wedges in relations, particularly with Mexico and Colombia.

At the 2012 Summit of the Americas, Juan Manuel Santos, the President of Colombia (a country that has fought on the frontlines of the War on Drugs with the US) supported the decriminalization Marijuana; a proposition which the Obama Administration swiftly parried aside.

The Americas may not be ready for decriminalization (one poll found that only a third of Mexicans support such a measure), but the US ought to be willing to work with Mexico and Colombia where existing drug policy has been at times a violent and abject failure.

For the time being, however, the US’ best strategy to encourage the Pacific Alliance is for Uncle Sam to just shut up.

Recently by Samuel George
Behind the Brazil-USA Beef
Pumas, ALBA, Mercosur, and the Supposed South America Split
Sketches of Colombia