What’s at stake in the Argentine elections

Posted on October 27, 2013 by Mancha Contributor

It’s on! Argentina heads to the polls

Now that the campaigns have ended, everything is in place and everyone (literally, everyone) is ready to vote in the country’s important mid-term elections set for today, Sunday October 27.

One thing’s missing, however: la presidenta.

The most dramatic and unexpected factor in this election is the absence of the most prominent figure in Argentine politics from the race, Cristina herself. Resting up after brain surgery following a head injury, the time when her reign was all but assured to carry her to a term-limit extension and power through at least 2019 looks more fragile by the day.

And instead of campaigning actively for her compadres in Congress, she is watching the entire election from the sidelines. Her Vice President, Amado Boudou, has even less credibility than she does with voters, and his corruption charges several years back have (miraculously for Argentine politics) limited his ability to govern.

I’ve long argued that Argentines are like Italians when they go to vote: they vote for the strongest personality and then deny publicly that they support their controversial elected leader. In the case of Boudou they have proven themselves even more like Italians in that they tolerate corruption and malfeasance as long as you don’t get caught. Get caught, and everyone thinks “if he can’t hide his own tricks how will he hide the country’s tricks?”

Sunday’s elections will surely be an important test to Cristina’s ability to govern, and her prospects of continued influence after her term ends in 2015.

And if that weren’t enough, changes in the electorate will certainly influence the outcome of the election.

If Boudou can’t hide his own tricks, how can he hide the country’s?

First is the inclusion of 16-18 year-old voters for the first time in Argentine history.

After a controversial voting reform pushed through by Férnandez two years ago, the results of this new voting bloc are a complete wildcard.

For many of the law’s opponents, the move to include younger voters was a clear power grab on the part of Kirchnerismo, as many of those young voters will have known no political alternative to the ten-year Kirchner dynasty. For supporters, it is an important moment for Argentina’s changing youth demographic to shape policies that affect them, from education to job creation.

Swingers: How will the Argentine teenagers vote?

Second is the quick naturalization of Argentina’s growing immigrant population. In the last few prosperous years, immigrants from Peru, Bolivia and Paraguay have streamed into Argentina’s cities, mostly taking up the jobs Argentines wouldn’t take and sometimes creating tension in the country’s poorer communities.

Thanks to Frente Para La Victoria’s policies, they have had a relatively easy path to citizenship, and have been beneficiaries of a push to issue DNIs to every adult in the country, obliging them to vote in the process. For more on the issue, read this fascinating report from the Ministry of the Interior HERE.

And if the national electoral environment weren’t confusing enough, there are micro-level land mines all about, including shifting party loyalty, flaky allegiance to the ruling “Frente para la Victoria” coalition, and lots of betrayal. They are far too detailed to address here, but are endlessly fascinating to explore.

For those interested in diving deeper into the elections check out La Nación’s excellent electoral tool showing major political figures and their political shifts in the past decade. 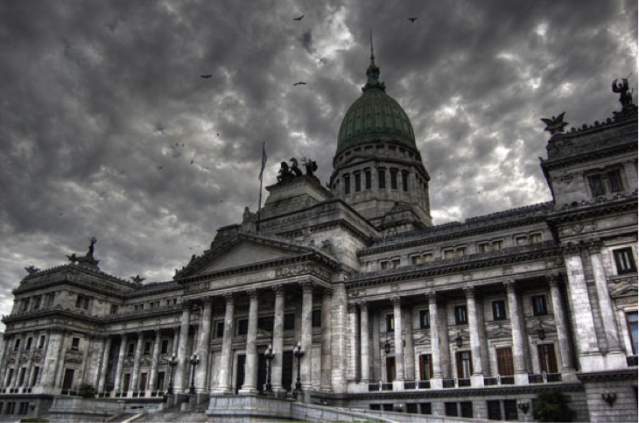 Will a Mate Party lead to stalemate?

James Stranko advises the Clinton Global Initiative on Latin America and is the Editor-in-Chief of Avenida America. Follow him on twitter @extranjero