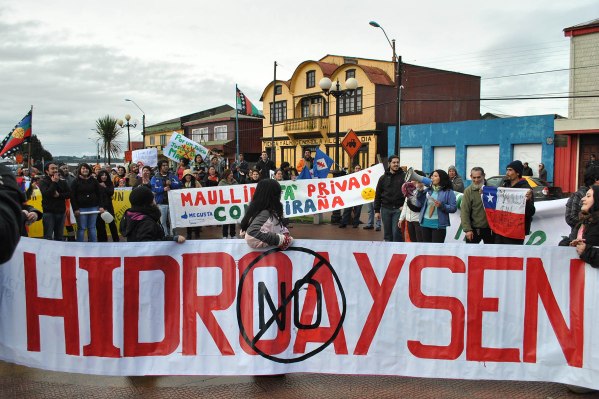 In the works since the previous administration, its death, after years of controversy, speaks to the growing influence of Chile’s social and environmental movements – but also raises major question marks about the country’s energy future.

The proposal for this massive hydropower system – consisting of a series of five dams on two of southern Chile’s wildest rivers – was unprecedented in a number of ways.

Its impact would have been huge, on both the surrounding environment as well as Chile’s energy matrix.

The estimated 2,750 megawatts (MW) it could have produced would cover nearly 20 percent of Chile’s total energy needs. Unlike most of the rest of Latin America, Chile has long struggled with scant domestic energy sources leading to import dependence and high prices.

However, the dams would have also flooded some 6,000 hectares (about 23 square miles) of pristine wilderness, with environmentalists warning of an ecological impact extending far beyond that. They also would have required the construction of one of the world’s longest transmission lines to carry the energy produced northward to Chile’s populated center.

Both of these aspects would have required the displacement of an uncertain amount of people at a time when social unrest in Chile’s south has been reaching a crescendo.

The risk of political blowback was surely a motivating factor for Bachelet’s government, who inherited the issue from her predecessor. The Supreme Court signed off on the project in 2012, but after nationwide protests and a wave of additional legal complaints, the outgoing Piñera administration delayed political approval, opting instead to pass the buck.

Environmentalist protests dovetail with a broader upsurge in social mobilization.

Since 2006, the influential student movement has proven the power of the streets in Chilean political life.

At the same time, tensions over the treatment of the indigenous Mapuche population have spiked. In the south, where most of the Mapuche population is concentrated, and where the impact of HidroAysén would have been the greatest, there has been a rise in violence over territorial disputes and the rapid growth of the resource-hungry timber industry. 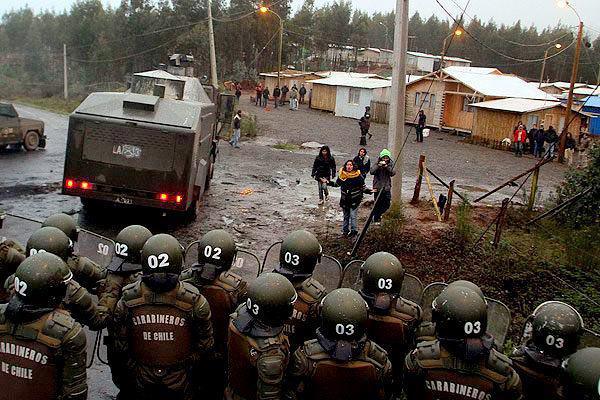 The Chilean government has attempted to soothe these conflicts with state policy. A redistribution campaign is underway to restore some of the Mapuche’s historic lands, and the part-Mapuche Francisco Huenchumilla was named governor of the Araucanian region, an area central to the conflict.

All of this appeared to be weighing on the government’s mind when it came to HidroAysén. The official justification for rejecting the long-planned project was insufficient compensation for those displaced, and concern over the poorly understood environmental and wildlife impacts.

Energy Minister Maximo Pacheco was blunt: “This project has many aspects that were poorly thought out.”

Given that HidroAysén would have supplied almost a fifth of the nation’s power, the question is where else Chile can find plentiful energy sources.

High prices have become a serious economic bottleneck: energy costs have risen 20 percent since 2010 and are expected to jump another 34 percent by 2020. The Economist points out that Chile’s copper mines pay double what the mining industry in Peru does for electricity.

Unlike Mexico, Venezuela, and Brazil, Chile is bereft of domestic hydrocarbons, importing 96 percent of its gasoline and diesel. Overall, the country must import 60 percent of all its energy needs.

Making matters worse, its neighbors are less than cooperative. Argentina has cut its supply of gas to Chile after its own domestic demand grew. Bolivia is home to major hydrocarbon reserves, but refuses to sell to Chile due to a grudge over a century old. 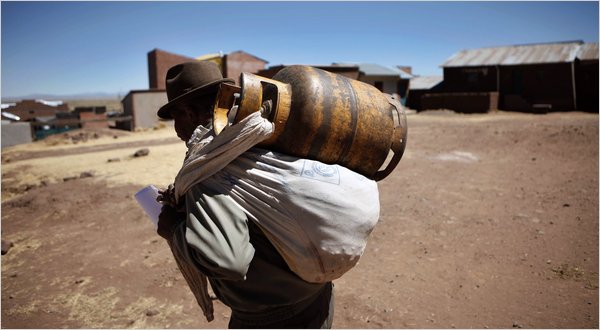 Bolivians remain unenthused about selling gas to their regional rival

Chilean officials insist that the death of HidroAysén doesn’t mean the end of hydropower. “Any hydroelectric project that meets its responsibilities with regards to the environment, and its responsibilities to the affected communities, can be carried out in this country,” argues Pacheco.

That may be so, but it is easy to see trouble ahead for other similar projects.

Activists are already focusing their attention on Alto Maipo, a hydroelectric project just miles from Santiago, which they argue will pose serious risks to the capital’s drinking water. Then there is Rio Cuervo, also located in the Aysén region, which environmentalist Patricio Rodrigo has identified as the movement’s next major fight.

It was in this context that President Bachelet unveiled her administration’s new energy policy on May 15th.

The primary planks of this policy include improving energy infrastructure, enabling greater competition in the sector, increasing efficiency, and promoting alternative sources, including solar, wind, and geothermal. Taken together, the administration hopes to add over 6,000 MW to the energy matrix in the next decade, and Bachelet has pledged that 45 percent of that new capacity will come from renewable sources.

In practice, this means several things.

In terms of infrastructure, the government plans to upgrade the existing electricity grid to reduce transmission costs and spark more competition. Currently, most of the country is served by two separate grids – one in the north, catering mostly to the mining industry, and one in the center, supplying the main population centers.

Then there is the push towards liquified natural gas (LNG), which has been given a boost by the shale gas revolution in the US. The global market for LNG, the importation of which requires special regasification terminals to return the supercooled fuel into usable form, has doubled in the past decade, and energy experts expect the trend to continue.

Chile already has two such regasification terminals, and last month Bachelet announced a third with much fanfare. But while LNG offers a quick boost to Chile’s energy fortunes, it remains a comparatively expensive solution.

A potentially much cheaper option is solar power.

Chile’s vast and sparsely populated Atacama desert is the driest place on earth, receiving by some estimates just four inches of rainfall every thousand years.

Conveniently, it is also the home of Chile’s electricity-starved mining industry. A number of solar investments have already begun popping up in the region, financed by long term deals to provide power directly to local mining operations.

Just this month, solar tech producer SunEdison inaugurated Latin America’s largest solar plant, the Amanecer Solar. Covering 250 acres of the Atacama, the facility has a generating capacity of 100MW, or 10 percent of the Chilean government’s total goal for renewable energy output. It was funded in an agreement with CAP Group, Chile’s largest iron ore and steel processor, and is projected to cover 15 percent of the Group’s total energy demand. 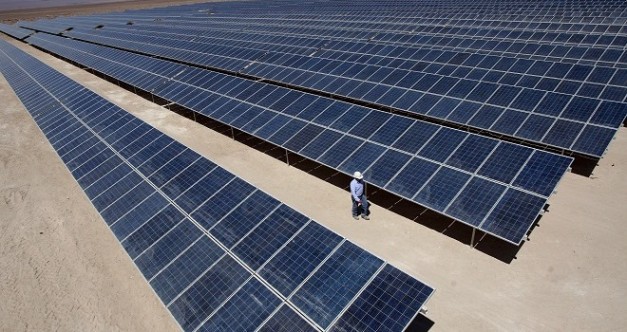 Its always sunny in the Atacama

Amanecer is SunEdison’s second major Atacama project. It is joined by others like the significantly smaller Aguas Blancas photovoltaic plant, which hopes to sell its energy to the nearby Aguas Blancas iodine mine.

Yet even so, there are complications.

For instance, the unpredictability of commodity prices can swiftly disrupt mining companies’ financing capability. The opening of the Aguas Blancas, for instance, has already been delayed 12 months past the July 2014 target, due to falling world iodine prices.

Indeed, each energy option has its own achilles heel – fossil fuel imports are expensive and subject to geopolitics, hydropower is controversial and subject to drought, and solar and wind are promising but as yet too unreliable.

That is why, as President Bachelet’s energy policy recognizes, for the foreseeable future Chile will be forced to pursue energy diversification – and efficiency – at all costs. The country’s continued development depends on it.

James McBride is an Associate at Blue Star Strategies, an international consulting firm that advises corporations, governments, and institutions on government affairs and investment strategies. Find more of his writing at jelliotmcbride.com.