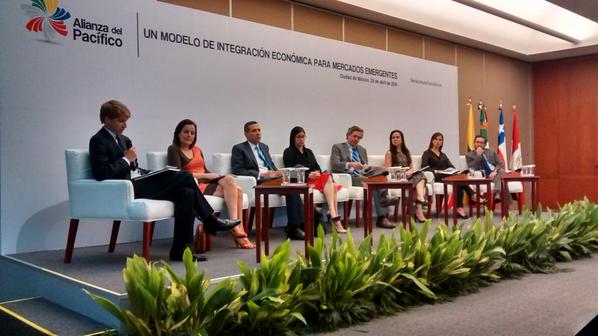 Since the publication of The Pacific Pumas in 2014, I have been honored by the positive response on both the content and the nickname. I have also appreciated the references in  English and Spanish language news outlets–even those that dug the name but just didn’t have enough ink to throw a struggling analyst a shout-out (what’s good, The Economist?).

Nevertheless, I always had the nagging urge to translate the piece and present it in a Puma country. All too often I believe folks in Washington, New York and Brussels write on Latin America in a way that has little coherence for people living in the region. For me it is crucial that my work resonates in Latin America. The general embrace of the English version south of the border led me to believe that if I could get it into Spanish, the text had the potential to spark a much broader conversation.

So when representatives of the Mexican Foreign Ministry reached out to me some months ago and offered to convene a vice-ministerial level panel to present a Spanish version of the text, I viewed it as a fantastic opportunity to share the vision of the advancements and opportunities of Chile, Colombia, Mexico and Peru on the ground. 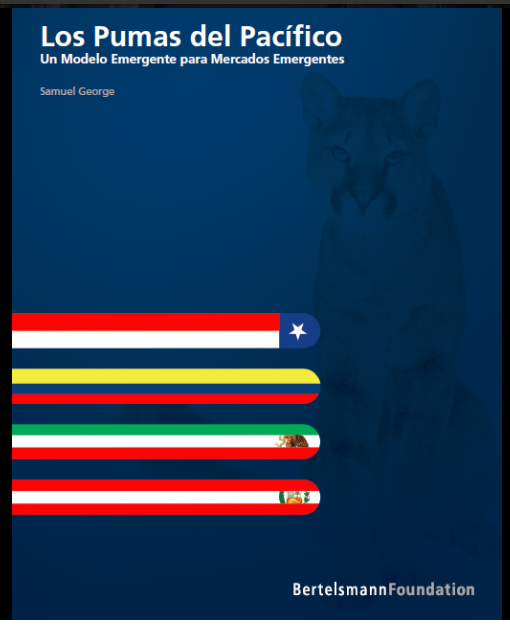 Following a brief introduction from Tony Silberfeld, Bertelsmann Foundation’s Director of Transatlantic Affairs, I presented the report, noting that Chile, Colombia, Mexico and Peru have made great strides in recent years and are poised to emerge as regional leaders.

As always, I tried to be optimistic, but not naive, noting areas that require improvement such as infrastructure and public security. “These four countries have a golden opportunity,” I concluded. “What they do with it remains to be seen.”

The panel proceeded to discuss the advancements and challenges of the Pacific Alliance—a trade and investment pact featuring the four Pumas. Among the topics discussed were the concrete results to date, the importance of the Asia-Pacific region, the agenda for cooperation in education, as well as the importance of the 32 observer countries.

Undersecretary Rubio commented that the Pumas were much more than just trade partners. She referenced the substantial increase of inter-Puma tourism since Mexico, Colombia, Chile and Peru reduced visa requirements as part of the Pacific Alliance, as well as education collaborations.

Meanwhile, Ms. Aristegui referenced the importance of Asia, noting that the world is increasingly falling into different trading blocks and “it is important that we are aware of this reality and that the Alliance be a mechanism for regional integration.”

In turn, Vice Minister Echeverri highlighted the Puma’s flexibility, while Vice Minister Montoya addressed the significant challenges that must be met by the inchoate alliance including those related to technical regulations, mobility of people, entrepreneurs, and the creation of space for innovation as a driver of competitiveness.

Finally, Vice Minister Vasquez Vela remarked that a clear feature of the Pumas is their pragmatism, and he felt that the four countries were taking advantage of propitious timing as the Asia-Pacific region is currently buzzing with dynamism.

These remarks were followed by a spirited discussion led by Mr. De la Calle, and featuring a series of questions and remarks from the audience.