The Other Side of the Eike Batista Case

Eike Batista and Brazil: Not the same

While many Brazilians might be happy to see ex-billionaire Eike Batista taken down a notch (or ten), the not-so-subtle “fail-joy” of the financial press seems to be directed not just at one cocky businessman but at Brazil’s broader economic policies.

Yesterday’s FT piece – only the most recent in a long line of stories chronicling Batista’s misfortunes – starts to reveal its true colors in the following paragraph:

“But [Batista’s] demise is also a broader sign of the tougher times ahead for Brazilian business now that excitement over commodities is waning. The era of easy liquidity is over and Brazilian companies will have to fight rivals in other emerging markets for increasingly scarce capital.”

Later on, after hearing how the flashy Batista, a consummate salesman, parlayed commodity-boom exuberance into a stunning 2008 IPO, we learn that “the Brazilian government, meanwhile, did its part by radically expanding lending to large companies through development bank BNDES.”

To be fair, the article stresses that the failure of Batista’s would-be business empire is mostly a result of bad management and also suggests regulatory failure allowed Batista’s overly cozy relationship with Brazil’s leaders to cross the line into outright foul play.

Still, the bogeyman of state intervention – in the form of BNDES financing for Batista’s businesses – rears its ugly head. The disdain of the FT and its sister publication for Brazil’s model of economic governance is nothing new. The problem – isn’t it always? – is too much government.

So when the first pre-salt discoveries were made back in 2007, investors worried the state would be unable to resist the prospect of more control over potentially huge oil wealth. Sure enough, the Lula government in one of its final acts approved new regulations giving Petrobras, the state-controlled oil giant, sole operator status with a 30 percent minimum stake in all pre-salt projects. Local content rules, meanwhile, required firms working the pre-salt fields to source a certain percentage of their capital goods and services locally.

International investors howled, perhaps not realizing such policies had the country’s broader economic development and not the interests of foreign companies in mind.

Development of the pre-salt fields has surely been slower than if Brazil had let simply let the animal spirits run wild. Foreign companies would like to see more pre-salt blocks auctioned, and sooner: the first such auction is slated for October, and only a single field is on the docket. But despite the uproar over the regulatory environment and much-despised local content rules, Petrobras managed to nearly double its 2014 goal for pre-salt production by March of this year.

The FT supports easier access for international corporations…what a shocker

The view of the market, of course, is that the oil needs to get out from beneath the salt as quickly as possible. This is in the interests of investors who want a return, preferably this quarter. From almost any other perspective – environmental, social, and economic (especially if one adopts a long-run view), the calculations change. Does anyone outside the oil industry really think long-run economic progress is served by allowing private companies to extract resources as quickly as possible?

The FT piece also paints a dreary picture of a rapidly deteriorating external environment for Brazil’s economy, with an impending commodity bust and capital fleeing for safer shores.

Like any emerging market, Brazil is susceptible to the vicissitudes of investor sentiment. External financing will certainly be harder to come by as once-exuberant investors turn fearful. Lower natural resource demand from China will not help the picture (although it is far from certain that commodity markets are in for a prolonged rout).

Brazil, however, is better protected from a softening commodity market precisely because of its tradition of state-led development. The country’s industrial policies have created, over several decades, a strong, diversified industrial base that would be the envy of most countries in the region. The BNDES, which provides a source of domestic financing to reduce external reliance, has played a central role in the country’s industrial success stories from agribusiness to aerospace. This type of intervention does indeed involve picking winners and, inevitably, losers – just like in the private sector.

This is not to deny that much of the Brazilian state is bloated, corrupt, and ineffective; the world learned as much last month. Nor is it to claim that the country’s energy policy is ideal. Clearly, forcing Petrobras to import fuel and sell at a loss to keep prices low at the pump is poor policy. But Brazil’s attempt to navigate a middle road where private sector participation exists within a broader set of policies that aim to ensure the country’s formidable oil wealth ultimately benefits its citizens deserves praise, not ridicule.

The government’s and BNDES’s support for Batista was clearly a major mistake, but let’s not forgot that supposedly savvy international investors also lined up to buy what Mr. X was selling.

While Eike Batista has been booted from the billionaire’s club, Brazil should not throw out the baby with the bathwater. 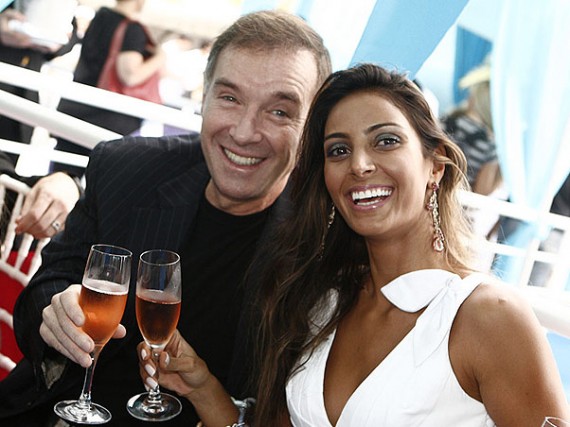 She was in it for the witty conversation….

Recently by Theodore Kahn
After the ‘Golden Years,’ what next for Latin America?
The Piñera Presidency: A Most Successful Failure
Mexico – China Relations: Flipping the Script?

6 Responses to The Other Side of the Eike Batista Case