Latin America in 2014: Year in Review 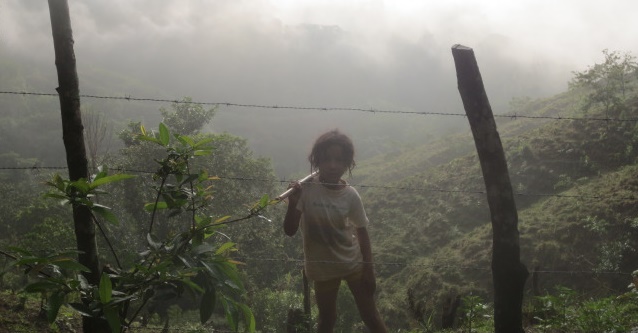 2014 was a tumultuous year for Latin America. From highlights, such as the continued emergence of Colombia, to lows, such as the disappearance of 43 students in Mexico; from the democratic unraveling in Venezuela, to a successful and hotly contested election in Brazil; from a an unending debt saga in Argentina to major breakthroughs in diplomatic relations between the US and Cuba–it has been a difficult but not entirely discouraging year.

Join us for a look back as we countdown No Se Mancha’s most read stories from 2014:

Our coverage of the surprise announcements of December 17 was too recent to generate enough traffic to make our list, but the thaw in US-Cuban relations is a defining moment in Latin America in 2014.

The power of creativity

Felipe Buitrago has been invited around the world to present his vision of Latin America’s creative economy. No Se Mancha is proud to be one of the early movers, recognizing the importance of his work, and inviting him for this March post.

9. A Gringo’s Guide to the Brazilian Presidential Election by João Schlüter (May 5, 2014)

We knew it all along…

In some of the best work published on No Se Mancha,  Brazilian analyst João Schlüter delivered thorough and continuous coverage of the 2014 Brazilian election. This initial post in the series remains one of our most read.

Mexico faces a difficult crossroads following the disappearance and presumed murder of 43 student. The tension of the moment is captured in this post from Roberto Velasco-Alvarez

Inflation has reemerged as a concern in Brazil

In October, Cornelius and Samuel published an editorial Five Steps to Kickstart Brazil in the Financial Times’ blog. The success of that piece led to a full length study, a video, and a series of breakoff posts, including this one monetary road blocks to Brazilian growth.

In this video post from September, Samuel George summarizes a study on the winners and losers of trade. Where did your country rank?

A good idea- but where did it come from?

In this post from March, Brazilian economist Carlos Góes wrote on the libertarian roots of Conditional Cash Transfer programs.

In this post from February, Caraqueño Francisco Rodríguez took us inside the Venezuelan protests.

In this post from September Jesse Rogers broke down the Brazilian and Mexican auto industries.

2. The Pacific Pumas: An Emerging Model for Emerging Markets by Samuel George (March 14, 2014)

In March 2014, Samuel George summarized his new study on Mexico, Colombia, Peru and Chile that gave birth to the term The Pacific Pumas.

How did we get here?

In July, Samuel George’s post on the Argentine holdout crisis explained a complicated situation in a way everyone could understand. Quoted in multiple media sources, this post rapidly became No Se Mancha’s most successful piece ever.

So thanks for reading! We hope for nothing but success in the region in 2015, and we look forward to covering it for you…stay tuned!

Feeling nostalgic? Check out No Se Mancha’s Top 10 from 2013